The Farrell Report: Asmussen’s Weekend Sweep At The Spa

Breezed into Saratoga for closing weekend. Left with a lighter wallet, and a heavier waistline. Hey, that’s the Spa experience.

As we claw our way back to normal, it was important to hit Saratoga before another meet, and another summer, slipped away.

Turns out Hall of Fame trainer Steve Asmussen felt the same way. Except he came loaded with winners. The sport’s all-time leader snared three Grade 1 victories over the final three-day span. A Grade 1 a day keeps the doctor away, or something like that. 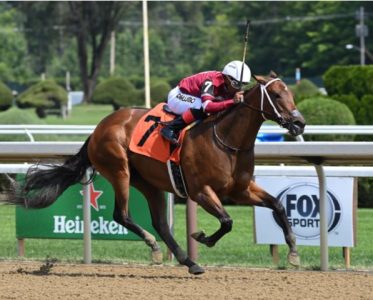 Asmussen then unleashed the dynamic duo of Gun Runner-sired babies as Echo Zulu crushed the competition as the 3-5 favorite in the Spinaway (G1) for fillies on Sunday. Gunite completed the Asmussen hat trick Monday, dusting the colts with an 11-1 upset in the Hopeful (G1).

“We’ve been aggressive with him,” Asmussen said of Gunite. “He’s put on weight and gotten stronger the whole time. We’ve been through the roof with how well he’s doing.”

Thanks for letting us in on the secret, after the fact.

Racing’s summer season is over as Saratoga and Del Mar both concluded on Monday. Thoughts now turn to the Breeders’ Cup and Asmussen is suddenly sitting pretty, barreling toward that first weekend in November at Del Mar.

Horsemen now plot the best ways to navigate their horses to the season-ending championships — $31 million worth of purses over two days and 14 races. Some will look for one final prep as a tightener. Others will skip the preps, opting instead to train up — rather than race up — to the Cup.

Max Player won’t start again until the Classic. The horse, once a fringe character, is now a serious contender. He followed his victory in the Suburban (G2) with the JCGC win, posting a snazzy 102 on the Beyer Speed Figures.

“Max Player is better than he’s ever been and physically he’s developed into this. His next race will be the Breeders’ Cup Classic,” Asmussen said. “There’s more of him. He’s a horse that’s continued to grow, fill out and mature. There’s a lot more of Max Player as a 4-year-old than there was as a 3-year-old. He’s bigger and stronger.”

Asmussen plans to ship the horse out west early to give him time to acclimate. 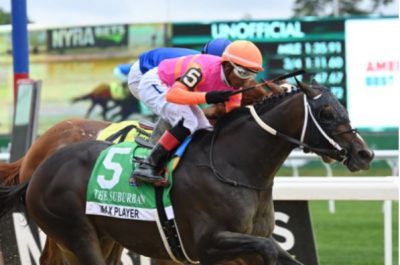 “For previous Breeders’ Cups in California, we like to get out there and be on Pacific Coast time and I think we’ve gotten solid runs doing that, so we’re planning on doing the same this time,” Asmussen said. “Last time the Breeders’ Cup was at Del Mar, we had Gun Runner. He went out and trained at Santa Anita before going to Del Mar.”

In contrast to Max Player, Gunite is a youngster in need of seasoning that he will get in the Champagne (G1) at Belmont Park on Oct. 2 before tackling the BC Juvenile (G1).

“I love his style for the Juvenile,” Asmussen said. “He’s going to travel, and we’re going to try and take it. We’re very proud of him.”

Some additional observations from a stakes-filled weekend at the Spa.

Ricardo Santana, Jr. was aboard all three Asmussen Grade 1 winners over the weekend and finished a banner meet with five Grade 1 scores.

Happy Saver finished four lengths behind Max Player in a failed bid for back-to-back JCGC wins. He will also train up to the Classic, according to trainer Todd Pletcher.

“There wasn’t a lot of pace, and he was sort of bottled up. He was wanting to advance but didn’t really get the opportunity until it was too late. The winner was very good, and he got the jump on him,” Pletcher said. “I was happy with his performance, and he closed well, which is probably a little better suited to a race where there’s more pace and everybody spreads out a little more. He got a good trip, but it was behind the wrong pace scenario. He came back in good shape.” 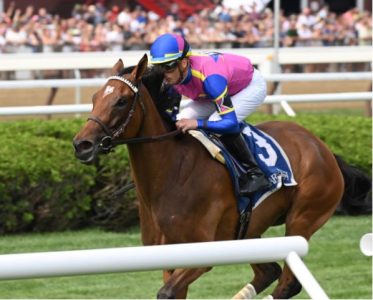 The JCGC, and the Flower Bowl (G1) for turf fillies and mares, on Saturday at the Spa were both “Win and You’re In” qualifying races for their respective Breeders’ Cup divisions.

As expected, War Like Goddess gobbled up the Flower Bowl competition in the lane. She has a powerful late kick that her trainer Bill Mott described as “like poetry in motion.”

You’ll hear no dissent from this corner.

While Saratoga and Del Mar are done, it’s not as though the circus packed up and left town. There is plenty of top-class racing on tap this week, topped by the brief all-turf stand at Kentucky Downs that offers five graded stakes on Saturday topped by a pair of million-dollar races: the Calumet Turf Cup (G2) and the FanDuel Turf Sprint (G3). Both are BC “Win and You’re In” contests.