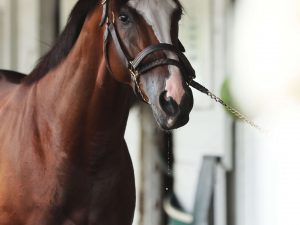 The stakes couldn’t be higher, because a Classic victory would make Tiz the Law the 3-year-old champion and probably the Horse of the Year. To do it, the Belmont and Travers winner must get past Authentic, Maximum Security and Improbable, all trained by Bob Baffert.

“He calls them his Dream Team,” said Jack Knowlton, Tiz the Law’s lead owner. “I call them the Baffert Brigade. But the fourth horse who’s mentioned the most along with them is Tiz the Law. I think everybody recognizes there isn’t much to separate the top horses.”

Tiz the Law came up short against Authentic in the Kentucky Derby, and trainer Barclay Tagg and jockey Manny Franco said he had trouble handling Churchill Downs’ quirky surface. Makes sense, because the New York-bred star is 0-for-2 in Louisville and 6-for-6 elsewhere.

Tiz the Law skipped the Preakness on Oct. 3 because Tagg preferred giving him an eight-week rest instead of running him back in a month.

“You have to listen to your horse,” Knowlton said. “We didn’t feel we would have him 100 percent ready for the Preakness, so we decided to train up to the Breeders’ Cup.”

Before the Derby, Tiz the Law was 4-for-4 this year off layoffs of nine, eight, 12 and seven weeks. He’s been training well, so expect a peak performance at Keeneland.

On Saturday (Oct. 31), Tiz the Law put in his final workout at Keeneland before the race, working 5 furlongs in :59.20 seconds, and galloping out 6 furlongs in 1:12.20 under exercise rider Heather Smullen over a fast track.

RELATED: The Disappointers: Breeders’ Cup 2020 Jockeys To Avoid At The Windows

Notes: Tagg, who’s 82 and has been training for 49 years, never has been a big fan of the Breeders’ Cup. He’s winless there with only 10 starters. He skipped last year’s Juvenile with Tiz the Law to run in Churchill’s Kentucky Jockey Club Stakes, in which he ran third after a troubled trip … Tiz the Law completed a personal Triple Crown for Tagg and Knowlton, who swept the Derby and Preakness with the New York-bred Funny Cide in 2003.