Even for fans armed with a racing program, it’s been difficult trying to keep up with who’s riding, who’s sidelined, and who’s out due to Covid protocol.

Here’s few updates heading into a weekend of races short on stakes but long on betting opportunities.

Joel Rosario, favored to win the 2021 Eclipse Award as the nation’s top jockey, is finally set to open shop at Oaklawn Park after being out since Dec. 3 with a hairline rib fracture sustained when he was unseated after a race at Aqueduct a day earlier.

Irad Ortiz, Jr., a likely finalist for the 2021 Eclipse, is sidelined again. This time, the three-time Eclipse winner is recuperating from a knee injury suffered last week at Gulfstream when his mount acted up in the starting gate. Agent Steve Rushing said Ortiz may have a knee contusion rather than a fractured knee. Ortiz recently returned to riding at Gulfstream Park after serving a 30-day suspension for careless riding during two races at Aqueduct last month.

And let’s not forget Tyler Gaffalione, who missed last weekend’s races at Gulfstream due to a positive Covid test. He returned on Thursday (Jan. 13) after sitting out the necessary days before returning. 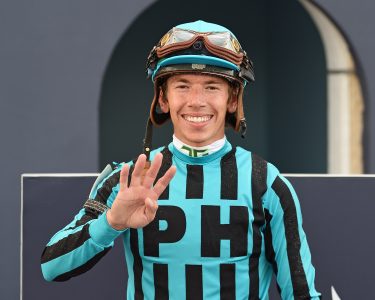 Also, Aqueduct-based jockey Christian Ramos tested positive for Covid and will be out until Jan. 20.

With that, the racing schedule on Saturday is a light one, with no graded stakes, but several races of interest at Gulfstream and Tampa Bay Downs.

In addition, TVG will televise the announcement of the finalists in 16 horse and human categories for the 2021 Eclipse Awards on Saturday (Jan. 15) at 11:30 a.m. ET. The winners will be announced on Feb. 10.

The first of two races for older Florida breds has Shamrocket the 6-5 favorite in a field of seven. This may be the 4-year-old’s first race over the main track in his 22nd start (21-4-6-7), but there are reasons he’s the favorite: Pedigree (he’s the son of Belmont Stakes winner Tonalist out of a Storm Cat mare); Class relief; Distance is no issue, and Todd Pletcher is the trainer, with Javier Castellano aboard.

Legal Deal is the 5-2 favorite in a field of eight, and he’s already beaten top challenger Pudding, who is 3-1.

A 4-year-old gelding trained by Carlos David, Legal Deal is 3-for-7 at 6 furlongs and has a career record of 19-7-3-2. He ran second last time out in the Claiming Crown Rapid Transit Starter Stakes on Dec. 4, while Pudding was third.

Cajun Brother won last year’s edition of this race and returns at 12-1. The horse makes his third start for new trainer Bob Hess, Jr. after being claimed for $35,000.

It’s easy to see why Straight Up G is the 4-5 favorite in a field of six – he cruised wire-to-wire for two easy victories in his previous two starts, including a 3 ½-length win in the King Glorious Stakes at Los Alamitos on Dec. 12. He’s trained by Richard Baltas and will be ridden by Ricardo Gonzalez our of post 5.

California Chrome won this race in 2014 enroute to his championship season that included wins in the Kentucky Derby (G1) and Preakness (G1). The Straight Fire colt is owned by sports talk show host Jim Rome and his wife Janet’s Jungle Racing.

Finneus, second in the King Glorious, is the 5-2 second choice with John Velazquez picking up the mount on a colt who ran second in the Del Mar Futurity (G2) in perhaps his best 2-year-old effort. 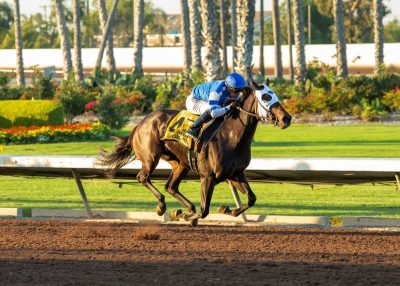 An unusually large field of 12 goes postward in one of the more competitive races on the California Cup day program.

Professors’ Pride moves from dirt to turf for this one and is the slight 5-2 favorite over Rose Dawson at 7-2 and co-4-1 third choices Big Novel and Vivacious Vanessa.

Vivacious Vanessa moves back to the turf after a not-so-great effort sprinting on dirt. Big Novel gets the services of John Velazquez and moves to the turf for the first time after five previous starts on dirt.

Professors’ Pride won the Soviet Problem Stakes at Los Alamitos on Dec. 10 at a mile on dirt, beating Big Novel in the race by three lengths.