On the night before Halloween in 1960, CBS aired a scary documentary. “The Violent World of Sam Huff” showed the Giants’ All-Pro linebacker going about his brutal business in the NFL.

His father and two of Huff’s brothers worked in the mines of their native West Virginia. Sam’s job was in football’s trenches, where talent and relentless drive took him to the Pro Football Hall of Fame.

Huff, 87, died Nov. 13 of natural causes, his family lawyer Deborah Matthews told The Associated Press. He was diagnosed with dementia in 2013. 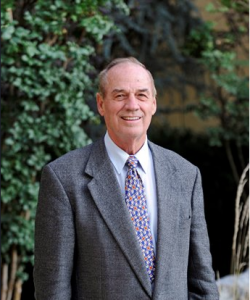 “Sam was one of the greatest Giants of all time,” Giants president and CEO John Mara said. “He was the heart and soul of our defense in his era. He almost single-handedly influenced the first chants of ‘Defense! Defense!’ in Yankee Stadium.”

Huff also left his mark in racing, as a breeder of thoroughbreds and the co-creator of the West Virginia Breeders Classic.

Athletic ability helped a poor kid from the hills of Appalachia become a national celebrity, and Huff built on it after his 13-season NFL career ended in 1969. In 28 years with the Marriott Corporation, he rose from salesman to vice president. He did color commentary on Giants games for three seasons before a long stint with his second NFL team, the Washington Redskins (now The Washington Football Team), until leaving broadcasting in 2012.

Huff had a passion for racing and was a frequent visitor to Churchill Downs’ press box during Kentucky Derby week. He was friendly, accessible and didn’t look nearly as big as he did when tackling all-time great Jim Brown back in the Fifties and Sixties.

Huff began breeding thoroughbreds in 1986 at Sporting Life Farm in Middleburg, Virginia, and Bursting Forth was a multiple graded-stakes winner for him and trainer Graham Motion. She won 10 of 28 starts and earned $524,474. Among her biggest victories were Monmouth Park’s Grade 3 Matchmaker (1998) and Keeneland’s Grade 3 Bewitched (1999).

In 1987 Huff helped launch the West Virginia Breeders Classic at Charles Town Races. The 35th running of the $300,000 Classic on Oct. 9 topped a nine-stakes, $1 million card for state-breds. Against all odds, the Depression Era boy became a mover and shaker in the Sport of Kings.

“Most knew Sam Huff as an NFL Hall of Famer. We knew him as an advocate of horse racing and co-founder of the Classic. He will forever be woven into the fabric of West Virginia racing.”

Danger in the dark

It was the last race of the last night of the fall meet at , a little track in southern Oregon. The Nov. 9 finale wasn’t grand, however. It was bizarre and terrifying.

About 10 seconds after the field of six left the gate at 10:28, everyone was in the dark. Here’s race caller Jason Beem: “The lights just went off. Somebody just turned the lights off. I’ve got no clue what’s going on and hopefully everybody is staying safe out there, because we can’t see a thing.

There could have been a disastrous pileup, but fortunately nothing horrible happened. Lead Actress and Don’t Rub It lost their riders, and Patrick Henry, Jr. (broken rib) and Alex Anaya (broken toe) suffered minor injuries, but none of the six horses was hurt.

Standard Time began two days earlier, leading to speculation that the lights had been programmed to switch off shortly before 11:30 p.m. Daylight Savings Time and had not been adjusted. Tag Wotherspoon, Grants Pass Downs’ marketing and communications director since 2007, told usracing.com that wasn’t the case.

“That was just speculation, and we can’t confirm that in any way,” he said. “I think it’s safe to say two things. It didn’t have anything to do with Daylight Savings Time, and nobody physically turned off the lights. We’re just very thankful it didn’t turn out worse than it did.”

As for why it occurred, we’re being kept in the dark.

Track president Randy Evers told usracing.com: “We’ve identified the problem, but I’m not going to say what it was. I don’t think that would help the situation. We’ve contacted the Oregon Racing Commission. We have a clear solution in place, and it won’t happen again.”