The Kentucky Derby is the oldest continuously held major sporting event in the United States. It has been contested every year at Churchill Downs without interruption since the inaugural running on May 17, 1875 – the first day of racing at the track then known as the Louisville Jockey Club. The Westminster Kennel Club Dog Show, first held on May 8, 1877, is the second oldest.

In addition to the Derby, the Kentucky Oaks and Clark Handicap have been also been held every year at Churchill Downs without interruption since 1875.

Despite its justified reputation as a roughly run race, the Kentucky Derby overall has been free of riding infractions, fouls and interference. There have only been a few incidents worth investigating by stewards.

A year ago, Gary and Mary West’s homebred Maximum Security became the first horse actually disqualified from a win during the running of the race for causing interference during the running of the 1 ¼-mile race. The colt, who at the time was trained by Jason Servis and ridden by Luis Saez, crossed the finish line in first with Country House checking in second. Jockeys Flavien Prat, who was aboard Country House, and Jon Court aboard 17th-place finisher Long Range Toddy, lodged objections against Maximum Security and Saez. The riders complained that the colt took a hard right turn at the quarter pole, taking several horses who were contending out of the picture for the win. 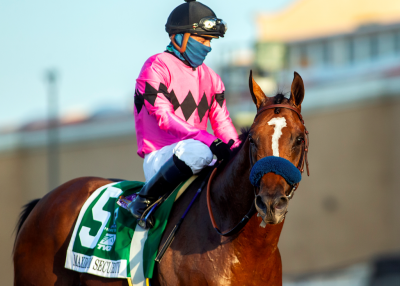 After a 20-plus minute examination of the incident, Kentucky Horse Racing Commission stewards determined that Maximum Security drifted towards the outside while leaving the final turn and negatively affected rivals War of Will (8th), and, in turn, interfered with Long Range Toddy (17th) and Bodexpress (14th). Maximum Security was disqualified from first and placed 17th behind the lowest-placed horse that he interfered with, Long Range Toddy.

Racing fans would have to go all the way back to 2001 to recall the next incident during the Run for the Roses. Hall of Fame jockey John Velazquez, who was aboard second-place finisher Invisible Ink, lodged a claim of foul against the Monarchos and jockey Jorge Chavez for alleged interference at the quarter pole. The objection was dismissed by the stewards.

As soon as the race was over in 1975, stewards at Churchill Downs announced an inquiry involving a bumping between runner-up Avatar, ridden by Bill Shoemaker, and third-place finisher Diabolo with Laffit Pincay Jr. in the irons. Foolish Pleasure, who won the race, was not involved. The decision was made not to change the order, since Diabolo was adjudged at fault in a grazing incident that occurred in the stretch.

In 1968, Dancer’s Image finished in front of Forward Pass for the win, but due to a post-race medication positive of phenylbutazone (the anti-inflammaotry known as Bute) from Dancers Image the Kentucky State Racing Commission didqualified the horse and the purse redistributed after naming Forward Pass, the official winner. Second-place money went to Francie’s Hat, third-place money went to T.V. Commercial and fourth-place money went to Kentucky Sherry. For nearly a year, the case wound its way through the court system and in April 1972 the state of Kentucky’s highest court finalized the stewards rulings.

Jockey Bill Bolland, who rode runner-up Sword Dancer in 1959, lodged a claim of foul against Tomy Lee, who won by a nice under Bill Shoemaker, for alleged bumping down the lane. The stewards ruled Boland and Sword Dancer as the cause and the objection was dismissed.

The famous “Fighting Finish” Derby was in 1933. The maiden Brokers Tip, ridden by Don Meade, came up the rail and defeated Head Play by a nose. Herb Fisher, aboard Head Play, lodged a claim of foul against the winner, but it was dismissed after the stewards conferred briefly. Wallace Lowry of the Louisville Courier-Journal was lying on the ground just under the rail and snapped one of the most famous photographs in the history of the Derby – an image that shows Meade and Fisher holding onto each other as they neared the finish line.

Jimmy Lakeland in, the rider of runner-up Kimball in 1880, lodged a claim of foul against the the winner, Fonso. The objection was dismissed by stewards.