This deep closer with no Derby points will be one of the longest shots in the 18-horse field. His best race this year was a 46-1 upset April 11 on an off track in the Oaklawn Stakes.

If you like to put $2 on every Derby horse who’s 20-1 or higher, you’ll be hoping for rain and rooting for Mr. Big News. 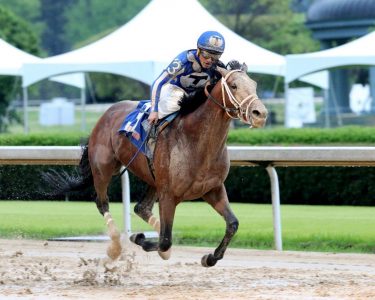 Owner Chester Thomas announced Monday that he would reroute his colt from the American Turf Stakes on the Derby undercard to the big race.

On the plus side, Mr. Big News’ pedigree suggests that 1¼ miles should be less of a problem for him than for many of his opponents.

Notes: Gabriel Saez, 32, is an older cousin of Luis Saez, who finished first on Maximum Security in last year’s Derby but was disqualified for interference … In the 2008 Derby, Gabriel Saez rode the filly Eight Belles to a runner-up finish behind Big Brown. While galloping out, Eight Belles fractured her front ankles and had to be euthanized on the track … This will be Bret Calhoun’s second Derby starter – his first was in 2019, with By My Standards (11th).