6 Behaviors That Could Crush Your Handicapping

Experts say that as adults we need to role model the behavior that we want to see from our kids. Many of us with kids will confess that we have cleaned up our language a bit to avoid using so many bad words. I quit smoking shortly after my oldest son was born to try to set a healthier example.

Some of our behaviors could kill us; others may just kill your handicapping. While the behaviors I will discuss are not fatal, they will kill your bankroll. As anyone who makes their living playing the races will tell you, you need to avoid these behaviors at all cost to be successful at the track. 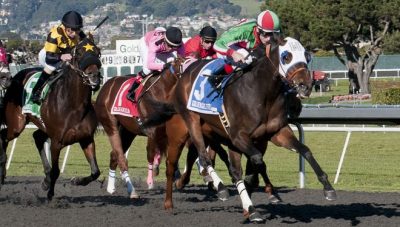 No matter what track, OTB, or casino racebook you are at, you will find that horseplayers are alike all over. We all know Every-Race Eddie. This guy is getting his 10,000 steps between his seat and the betting windows in an afternoon of simulcasting. He can’t help himself; he has to play every race at every track. He gets his bets in as the horses are loading into the gate at Monmouth Park, but he is already thinking about the next bet he wants to place at Saratoga.

Is Eddie a bad handicapper? We’ll never know since he is stretched too thin during his day at the track. Think of him like an all-in-one printer, fax, copier, and scanner. He can do all those things, but none of them well.

The next time you go to play the races, stop and think if you are trying to play too many tracks and races for your handicapping to be effective. By focusing on one or two tracks and only the races that give you the best opportunity you will increase the return on your wagered dollar.

Having been going to the track and playing the races for over 30 years, I have met and become friends with a lot of track regulars and fellow horseplayers. I’ve seen some have a couple of good days and a few show a sustained profit over the long-term. I have also seen some flashes in the pan. Many horseplayers find something works and they stick with it forever.

When I used to go to the track with my late Uncle Dutch, he would always find the same group of guys at the track. One fellow in particular was considerably younger than the retiree crowd. He would be a face that I would run into over my college summers and weekend jaunts down to Monmouth once I started my career. Known to me only as “Bobby-O”, he was another guy who was making a ton of cash with my Uncle Dutch when I was a teenager.

As time dragged on, Bobby-O didn’t change much. He still looked the same, too, but there was one difference. He wasn’t winning like he used to. Bobby-O was a class handicapper, however the way racing secretaries write the conditions for races have changed over the years. I remember when the allowance optional claiming race started to show up on cards. Lower level claiming races now have a laundry list of possible conditions where you can find, and exploit, horses with a class edge. Problem is that Bobby-O kept focusing on the races the way he always had and it was no longer working.

The game changes and you have to change with it. Keep records so you can tell when your handicapping approach is losing its effectiveness.

#3 Being a Problem Identifier, Not a Problem Solver

Teddy Roosevelt once said, “Complaining about a problem without a solution is called whining.” The same can be said for handicappers. Surely you have noticed a problem within your handicapping, but what have you done about it?

Take our good friend Rail Guy. The summer of 2004 was spent with me hearing him say “dat early speed beat my figures again.” He was like a broken record that summer. Certainly he found the problem, that early speed was beating his figures race after race, but did he do anything about it?

No. Like most handicappers he kept on doing the exact same thing day after day, race after race.

If you find a problem in your handicapping, you need to think of a solution to that problem. It may take some data tracking or trial and error, but you need to address and learn from it. Otherwise, as Teddy Roosevelt would suggest, you are just whining about it.

#4 Not Focusing On the Present

Are you the guy at the track that is already talking about the fourth race when the second hasn’t gone to post yet? Chances are that if you are that guy, you are doing your current race’s betting opportunities a disservice.

I am not saying that you can’t think about that late Pick 4 or plan to keep some bankroll available for it that is good planning. But if you are going to play this race, be present in this race. Go to the paddock. Look at the horses before you place your bets. Check the will-pays to see if your exacta or double is worth playing.

What is the worst thing that could happen? You will maximize your current betting opportunity, eliminate any unnecessary risk, and preserve your bankroll in the process.

You need to be transparent with yourself. If you have fuzzy lines that don’t define your bankroll, you are also doing yourself a disservice. Do you know how much you are actually winning or losing? Worse yet are you wagering money that you don’t have?

If you have a problem with gambling, get help. Contact Gambler’s Anonymous or call 1-800-GAMBLER.

How is your handicapping doing? Is it doing OK, or are you knocking it out of the park? If you answered yes to the former and not the latter, you may be getting complacent. Looking back at Bobby-O, he thought his handicapping was good enough. He got lazy. He stopped growing and developing as a handicapper.

When I look back to how I handicapped and what worked for me 20 years ago, it is different than how I approach the races today. I have always challenged my own figures and angles to see not only what is working, but what could be working better. If you don’t do that, you will never reach your maximum handicapping potential.

By identifying and avoiding these behaviors you will show a better return at the track. Get past your stubbornness and embrace good handicapping behaviors. Your bankroll will thank you later.