Ask anyone if they can name a one-hit wonder of the music world and you’ll get many answers. From the Dexy’s Midnight Runners with “Come on Eileen” to Norman Greenbaum with “Spirit In The Sky,” answers will range every genre and period of time. While some musicians, like Norman Greenbaum, have made a lot of money off that one-hit, many of the one-hit wonders sunk back into obscurity.

As handicappers, we want to avoid being a one-hit wonder. We don’t want to be the guy who wins one big race and then gives it all back while drawing down the rest of our bankroll. 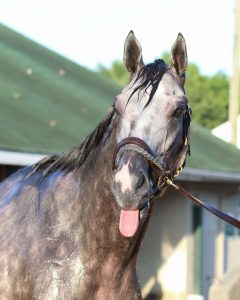 We all have that one friend who goes to the track with you occasionally. He throws cash at every race and eventually hits one big trifecta. It is the kind of trifecta that leaves us scratching our heads about how anyone would pick those horses, but our friend threw it in on a whim. The problem is that if he takes that one race out of consideration when looking at net wins and losses for the year, he is deep in the hole.

So how do we keep ourselves from being a one-hit blunder at the track?

Have you ever assembled IKEA furniture? Certainly, you have an idea in your head of how that bookcase is going to be assembled without looking at the instructions, but if you don’t follow each step you will end up with spare parts and pieces that don’t line up.

The same is true of your handicapping. How many times have you said after a race, “how could I have missed that lone early speed horse?” More than you are willing to admit.

When I approach any race, I look for almost all the same factors depending on class and surface, giving more weight to certain factors based on the conditions. I assess the strength of the favorite, create pace scenarios, check pedigree, look at the horsemen involved with each entry, look for class advantages, seek hidden form horses, select pacelines, and look for over 50 different spot play angles. It is a lot to consider each race.

How do I keep it all straight and not end up with any “spare parts?”

I have a handicapping checklist. It forces me to approach the factors considered in a race in the same order every time. While some steps will not apply to every race, it is simple enough to acknowledge that step as not applicable and move on to the next step.

Do I look at the physical checklist every race?

No, but having that checklist to refer to reminds me of what to look for and it keeps me from missing the obvious.

Before we had kids, my wife and I would spend a lot of time in the casinos in Atlantic City. While my wife would be playing the one-armed bandits, I would settle myself into a cozy location in the racebook for the day and most of the evening. It was as much fun to people watch between my pre-planned betting opportunities as it was to cash my winning tickets.

While I would focus in on one day and one evening track with a couple of occasional other spot plays at various tracks, I would get the most enjoyment out of watching the guy who would try to play every track that was running at any given time.

Cold Seat Carl had a decent spot in the racebook. He got there early and had a messy stack of papers at his carrel. He was first to get each one of the entry sheets the racebook employee would put out and would feverishly start to mark them up the minute he sat down. That would be the longest Cold Seat Carl would sit in that chair. Once he placed his first wager with a few minutes to post on the first noon track of the day, he was like a hummingbird. He was from the monitors to the betting terminals and back to the monitors. With races going off somewhere every few minutes Carl barely had time to rest.

Anytime I would watch a Cold Seat Carl in action, I never saw them win. They were busy for hours and seemed flustered as races overlapped with each other and he would struggle to get some bets in on time.

There is no way you can play every race on every card on one track, let alone everything running in North America, and turn out a profit. Trying to play everything is overwhelming and will quickly overload your mind. You’ll end up taking short cuts in your handicapping which will come back to bite you in the ass when you are placing your hard-earned cash on those races.

Limit how many races and tracks you look at for a day to what is manageable for you and gives you the best betting opportunities.

Instead of blaming yourself for being stupid, instead, ask yourself what you could have done better or differently in that race you lost despite feeling so good about. Analyze the race and decisions you made. Did you pick the wrong paceline? Did you miss a spot play angle or factor that would have driven your decision another way? Did your horse get pinballed coming out of the gate and have the absolute worst trip possible? 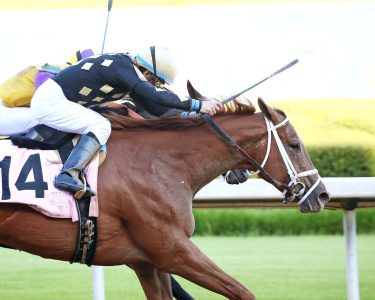 Sometimes you can make the right handicapping decisions and end up with the wrong result. It is the nature of the game, but by constructively analyzing and challenging yourself you can learn to spot if the error was in your handicapping or was due to the way the race was run.

During the many weeknights I spent on the second floor of the old Meadowlands grandstand, I met many interesting horseplayers. One woman, Raphaella, only played superfecta boxes. Some nights she didn’t cash a ticket, and other nights she asked for an escort back to her car with the piles of cash she was walking out with. The problem was that she never ended up anywhere in the middle.

While there is no “one-size-fits-all” approach to money management or wagering structure for every horseplayer, you should learn when to hedge your bets. Some handicappers will play exotic wagers of varying bet sizes to go after what they deem to be the best value, but back up that wager with a bet sized on the favorites to break even. Other horseplayers will use win bets to hedge their exacta or trifecta wagers.

Each handicapper is going to have a different approach to wagering based on what works for them. It is important to not put every egg in one basket if you want to win on a consistent basis.

The goal of our handicapping shouldn’t be to define our success on one race for the entire year, but rather the gradual and incremental building of a profit from a continually improving process. By having a formal process, sustainable workload, diversity to your wagering, and a plan for tweaking your skills, you will find yourself on the way to being able to make your living playing the races.