Morning line odds, which are chances given to horses at a race prior to the beginning of gambling as a prediction how the linemaker believes the public will bet and are assigned at post position draw.

Battaglia has correctly called that the Derby favored at a 78 percent clip and is 36-for-46.

Morning line odds were first published in the official Kentucky Derby Day program in 1949, though recordings prior to 1949 are incomplete.

Battaglia’s winning morning-line favorites, since his first year in 1974:

This year’s Kentucky Derby has already gone through its share of changes and adjustments from date, to crowds to prep races, but perhaps the biggest change may be the actual field size, or actual numbers of runners who will be trying to make the gate on the first Saturday in September.

The Kentucky Derby field has been limited to 20 starters since 1975, the year after 23 horses contested the 100th anniversary of the Derby. Until this year, at least 20 horses have entered the race every year since 2004, and in 19 of the last 21 years. Overall there’s been a field of 20 horses on 21 occasions, the first happening in 1923 when 21 horses went to the post, and there has been at least 16 starters in each of the last 21 years. 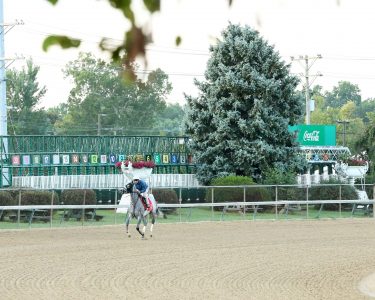 Churchill Downs reintroduced the also-eligible rule in 2012. Up to 24 horses may be entered in the race on Wednesday of Derby Week, including four horses that can remain eligible to compete beyond the official time of entry . One or more of the “also eligible” horses could be allowed to run in their respective race if members of the original field scratch from the race prior to the official “scratch time” of 9 a.m. ET on Friday (Kentucky Oaks Day), which is the official opening of advance wagering on the Derby.

Horses with the highest point total s in the “Road to the Kentucky Derby” races would “draw -in” to the field first. The same rules apply for the Kentucky Oaks, which has a maximum field size of 14. An eight-horse also-eligible list was instituted in 1983 and 1984, but advance wagering on the Kentucky Derby was negated because of refunds after late scratches. Although the 20-horse limit for the Kentucky Derby has been in existence since 1975, 21 horses were permitted to contest the 1981 Derby due to a legal issue.

Related: Art Collector Out of Kentucky Derby with Foot Issue