Road to the Kentucky Derby Top 20 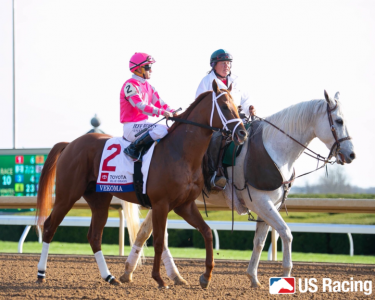 This past week, the Road to the Kentucky Derby concluded with its final two prep races, the $1 million Arkansas Derby (GI) at Oaklawn Park and the $200,000 Stonestreet Lexington Stakes (GII) at Keeneland.

In Hot Springs, Fox Hill Farms’ Rebel Stakes winner Omaha Beach proved he belonged with this year’s Derby-bound runners with his one-length win over a determined Improbable over a sloppy track. The Richard Mandella-trained son of War Front will van to Churchill Downs and arrive under the Twin Spires on Tuesday afternoon. where he will go through is final Derby preparations. He will be the Hall of Fame conditioner’s first Kentucky Derby Starter since 2004.

Improbable arrived at Churchill Downs on Monday morning, along with Country House and Long Range Toddy, where he’ll be put through his final drills, according to trainer Bob Baffert, be joined by stablemate, champion Game Winner, Kentucky Derby week.

In Kentucky, Owendale captured the Lexington Stakes and picked up 20 points, but with no points previously he won’t make the gate for the Derby. El Camino Real Derby winner Anothertwistafate was second and earned eight points to sit 23. He’d need three horses to defect to make the gate, but his connections indicated they’d train as if they’d make it and if not, plan for the Preakness Stakes (GI).

So pending defections, here are the final point totals for the 2019 Road to The Roses!