Innovate Like Netflix to Win More at the Track

Netflix is part of our cultural conversation with over 214 million subscribers worldwide. It is accessible from your television, tablet, smartphone, virtual reality headset, and video game consoles with award winning, high quality content.

Netflix wasn’t always in the film and television show business like it is today. It was started in 1997 by Reed Hastings and Marc Randolph with a focus on renting and selling DVDs by mail. It was a big deal at the time as they were pitted against Blockbuster video in the movie rental market.

About the time I stopped using my Blockbuster business card, Netflix was getting out of the DVD game and into providing streaming content and video on demand. The rest is history. Blockbuster filed for bankruptcy in 2010 and closed almost every store by 2014. Netflix is now the largest entertainment/media company by market capitalization.

While Blockbuster stayed the course, hemorrhaging money in the process, how was Netflix about to pivot so successfully?

It is part of the culture of Netflix and what makes them one of the most sought after places for the higher performing staff to work for. It has been the key to their growth and ability to expand successfully into various regions, markets, and content genres.

How is this going to help you at the track?

As handicappers, we are all full of ideas for figures, systems, and spot play angles. Some are winners, some are losers. But every idea is worth pursuing to see how it shakes out by following the Netflix innovation cycle.

At Netflix, when an idea is proposed everyone who has an opinion on it gives it candidly. In fact, difference of opinion is welcomed and expected as it is part of the corporate culture. Having the different perspectives from every level of staff allows the leaders to make the most informed decisions and think of issues that others may see that they haven’t considered.

When looking for constructive feedback or a dissenting view, you have two options. You can either ask another handicapper what they think, or you can play the devil’s advocate and try to poke holes in your own idea.

Rarely do we work with others to handicap a race card since our opinions and approaches to races are so different so you are best doing a premortem on your own logic and looking for what factors may or may not impact the success of your handicapping development.

Even if you are not sold on whether something will be successful, you can track it and see what the impact is anyway. Some of my best angles are actually angles that exclude, rather than select, entrants for consideration as contenders, or “via negativa.” 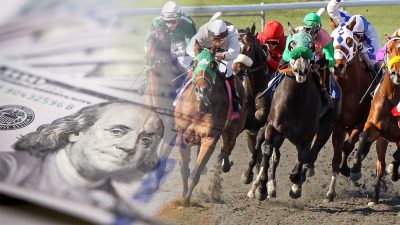 Playing a new angle, figure, or method on paper is time consuming, but the result is often worth it while preserving your bankroll while you are uncertain of the performance. Keep meticulous records and track any secondary factors, such as class moves or days since last race that make sense. Once you have collected enough representative races in your database you can start to see what direction the performance is headed being mindful of any anomaly results, like the $40 winner, that may skew the ROI.

You can’t innovate if you don’t experiment.

Any time I am tracking a new idea there is a point where I feel comfortable with the number of races, I have collected data on to make a decision. This will vary depending on the conditions of the idea and if it applies to only a certain type of race condition. I will take the time to review the performance of the idea under specific conditions and then decide whether I should continue to track that specific criterion to get to the same level of comfort or if I am ready to move forward with betting on it.

At this point, you have tested your latest theory and have some meaningful results. In the Netflix world, this decision falls on the “informed captain” who is solely responsible for the outcome and doesn’t need management to sign off on their decision. In handicapping, you are the “informed captain.” You have gotten your own critical feedback on your idea, you have tested it out, and now only you will decide what to do since it directly affects your bankroll.

Take ownership of this new handicapping idea if you are ready to move forward with it.

If it succeeds, celebrate. If it fails, sunshine it

I wish I could say that every promising angle or figure I have developed worked. Some looked promising and fizzled out in the long run. Others never made it past the “test it out” phase. I also learned the hard way that just because something worked for a while, it may not work forever and eventually you need to cut your losses chasing something that was now underperforming.

At Netflix, if an idea succeeds, you celebrate the accomplishment. If your idea fails, sunshine it, or focus attention on learning from it and highlight what went well and what didn’t go as planned. If you made a mistake you need to learn from it and remember to kill a bad idea as fast as possible in the future.

The Netflix innovation cycle has been proven to be successful at Netflix. If you apply the same process to your handicapping, you may not win an award, but you will win more often at the track. More importantly you will be well on your way to fulfilling your dream of making your living playing the races.