Preakness Odds 2020: Can a Filly Win the Pandemic Preakness?

It’s been an odd year, 2020. Nothing has seemed normal. Of course, there’s the COVID-19 pandemic that is changing the way we live. We’ve also seen the Belmont Stakes run before the Kentucky Derby, Poland accidentally invading the Czech Republic, we were introduced to murder hornets, wildfires raged in Australia and California, and Joe Buck is going to be inducted into pro football’s Hall of Fame in Canton. Is this the year a filly wins the Preakness again?

How have fillies historically done in the Preakness? 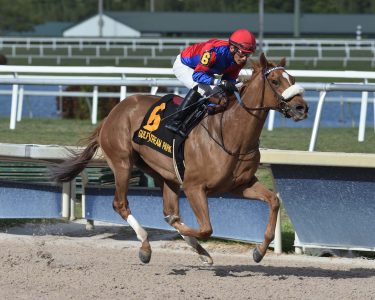 While the Kentucky Derby qualifying point system may deter a filly from a “Run for the Roses”, is there hope for the girls looking to tackle the boys in the Preakness?

While 40 fillies have gone to post in the Kentucky Derby, there have been 54 that have started in the Preakness. Fillies have had a slightly better time in the Preakness, winning five of those starts with five places and eight shows.

Who are the only five fillies to grace the winner’s circle in the Preakness?

Flocarline (1903) managed only one other stakes win in the New Rochelle Handicap at 7 furlongs at Morris Park Racecourse in New York. She managed to come from just off the pace to beat the favorite Mackey Dwyer for trainer Henry C. Riddle at odds of 8-1 when the race was hosted at Gravesend Race Track on Long Island.

Three years later in 1906, Whimsical won the Preakness easily by four lengths as it was again held at Gravesend. She was the favorite in this race for owner and trainer Tim Gaynor.

Rhine Maiden was the next filly to win in 1915. This made her the first filly to win the Preakness at Pimlico and the only filly to do so when the race was run under handicap conditions. Another filly, Regret, won the Kentucky Derby that year and did not run in the Preakness. 1915 would be the last year that more than one leg of the Triple Crown was won by a filly.

Nellie Morse was the next filly to win the Preakness in 1924. She also managed to win both the Black-Eyed Susan and the Pimlico Oaks that year for trainer Albert B. Gordon. She would be Gordon’s only Preakness winner in his fourth and last try.

What gives Swiss Skydiver a better chance than other fillies this year?

Time of the year

Fillies generally need additional time to fully develop which is part of the reason they don’t often run against the boys early in their 3-year-old campaigns. With an October running of the Preakness, she is more mature and there is less of a difference between the typical colt and filly development.

She has already run against the boys

Ken McPeek gave her a shot against the boys back in July in the Blue Grass Stakes (G2) at Keeneland. She finished second as the post-time favorite to Art Collector who she will get to see again. She ran a gutsy race with a hot pace getting to the lead by the half and holding it to before the stretch run. Since then she shipped up to Saratoga to take the Alabama (G1) and then ran second a few weeks ago at Churchill in the Kentucky Oaks (G1).

Winning the Kentucky Derby wire to wire isn’t easy. Prior to Authentic, Super Saver in 2010 and War Emblem in 2002 were the last early speed horses to win the Derby. The Preakness has had four early speed horses win in the same time frame. Justify in 2018, American Pharoah in 2015, Oxbow in 2013, and Rachel Alexandra in 2009.

The Preakness had 10 starters on average whereas the Kentucky Derby has been averaging over 15 starters. Less starters equates to better trips and less trouble. This factor helps all entrants, especially the need for the lead or early speed horses who want to settle in close to the pace early, like Swiss Skydiver.

Swiss Skydiver has her work cut out for her in the Preakness this year against Kentucky Derby winner Authentic and Art Collector who is undefeated as a 3-year-old. Yet, given the unique circumstances of this race, she has a shot to make history in Baltimore. After all, with the way 2020 has gone so far, nothing would surprise us now, right?