Fans of racing at Oaklawn Park are accustomed to seeing Steve Asmussen and Ricardo Santana, Jr. atop the trainer and jockey standings year after year. This meet could play out a whole new way. Asmussen is bracing for a stiff challenge for the trainer title from Brad Cox, who is placing new focus on Oaklawn. And with Cox also comes Florent Geroux, who will be based at Oaklawn Park to give Santana a run for his money.

As Asmussen goes, probably so will go Santana since he rides first call for Asmussen at Oaklawn. The same will be true for Cox and Geroux since that pair will form a formidable team of their own.

Oaklawn Park is into its newly-expanded meet after its addition of December racing dates for the first time. The early December start to the season lengthened the meet by six weeks. Oaklawn will run on a mostly Friday-Sunday schedule through closing day on May 8.

Oaklawn has reached its holiday break and will take Christmas week off. Now that we have three weeks in the books, let’s look at how the jockey and trainer ranks are shaping up.

Steve Asmussen is coming off his 11th training title and again is favored to lead the way in 2021-22. The Hall of Famer set a new high-water mark, winning 60 races and setting an Oaklawn all-time single-season mark for purse earnings with just over $6 million. Asmussen is currently the second-leading trainer in Oaklawn history with 760 victories over the Hot Springs, Arkansas oval. Asmussen has begun this season’s December portion of the meet with five wins from his first 37 starters. 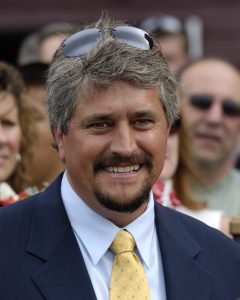 Winning a record-setting 12th training title won’t be easy, however, as competition is expected to be fierce between him and Brad Cox and Robertino Diodoro for the title at the current meet.

Cox is coming off another Eclipse Award caliber year as the country’s leading trainer and has committed his substantial resources to being based at Oaklawn this winter along with his go-to rider Florent Geroux. Cox is already off to a blazing start with nine winners from his first 23 starters for a 39% win rate. Cox got off to a similarly hot start last season, winning with five of his first 13 starters (38%) on his way to a meet total of 29 wins from 107 starters for 27% wins.

As for Diodoro, handicappers will remember that he snatched the Oaklawn training title from Asmussen at the 2020 meet, 52 wins to 48. Diodoro won with five of his first 31 starters for 16%. Last season he finished second with 44 wins from 163 starters (27%).

Three other trainers to watch are John Ortiz (four wins from 18 starters), Chris Hartman (4-for-14), and Norm Cash (4-for-23). Based on last season, you will also want to watch Cipriano Contreras who is off to a slow 0-for-13 start thanks to some bad luck (five seconds) but remember that he won 18 races for 23% last season. Philip Bauer only started 20 horses at last season’s meet but won with five of them and hit the exacta with nine of 20 starters. He’s 1-for-2 so far.

The big news in the Oaklawn jock’s room is that Florent Geroux is here for the entire meet. This gives him a great chance to come out on top as the leading rider. Early results n certainly back that up as Geroux not only leads all jockeys so far with 12 wins, but his 12-for-47 record is good for 26% and his 11 additional seconds give him a 23 out of 47 in-the-exacta for nearly 50%. Geroux won 30 races at the last Oaklawn meet, good enough for sixth in the standings despite not being a regular (he had 111 mounts for 27%) 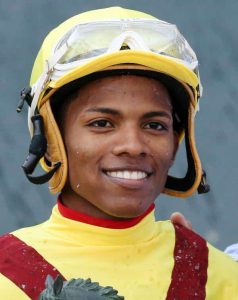 The jockey who has really enjoyed a strong ascension since last season is Francisco Arrieta, who burst onto the scene at the 2021 meet with 60 wins from 305 mounts for 16%, good for third in the standings. For the most part, Arrieta’s winners generally went off at better odds and paid more than the winners ridden by Geroux, Santana and others, making Arrieta the undisputed jockey ROI king at the 2021 meet. Arrieta is already off to a strong start at the 2021-22 season, second in the current standings with 10 wins from 54 mounts (19%).

David Cabrera enjoyed a strong meet last season to finish as second-leading rider with 62 wins from 377 mounts (16%). He is off to a 6-for-69 start this season.

Aside from Geroux, Santana, Cohen, Arrieta, and Cabrera, a pair of other riders to watch include Ramon Vazquez, who has a longstanding record of success at Oaklawn and was fourth in the 2021 standings with 43 wins while riding for a lengthy list of winning trainers. He has won 7-of 47 mounts to start the young season at 15%. Also, Martin Garcia shares the same jockey agent as Geroux and will get a lot of his mounts when he is out of town. Garcia won 20 Oaklawn races in 2021, 55 races in 2020, and is off to a 3-for-22 start (14%) at the current meet.