The Farrell Report: Good, Bad, and Ugly of Navarro’s 5 Years in Horse-Doping Scandal

‘Tis the season of joy and glad tidings.

The tidings were hardly joyous last week for disgraced trainer Jorge Navarro, sentenced to five years in prison as a central figure in a widespread horse-doping scandal. Depending on your perspective, the sentence was either glad news or sad.

First, the good news: the penalties for cheating are now real. No more fines, suspensions or being ruled off the grounds. The wrist slaps are over. This sentence was hard time in a federal lockup. We can all hope that Navarro’s sad end serves as a deterrent to others who are cheating or contemplating bending the rules. 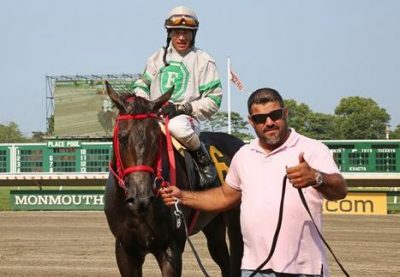 As is usual, the good is leavened with the bad. This was another black eye, another body blow. How many punches can racing absorb before it is down for the final count?

For Navarro, it was a rapid rise to the top tier of the sport followed by a stunning crash. In his day, “The Juice Man” was a boisterous character striding around the backstretch in a New York Yankees cap. Yes, he won a lot of races, which automatically generates jealousy and suspicion. We have seen rule-benders prosper in the past. This time, the level of revealed depravity and cruelty were nauseating. And unforgivable.

Horses were expendable commodities to be drugged, pushed beyond all physical limits and then callously disposed of. Bring on the next victim.

The tragedy is that Navarro, like so many cheaters, knows better. He could have built a successful barn playing within the rules. The urge to reach the top in a hurry combined with the lure of easy money was too tempting compared to the old fashioned way: earning it step by step.

He’ll have plenty of time to contemplate his sins, and a new career. Navarro faces potential deportation to his native Panama after the prison release. In all likelihood, we won’t see him again. Certainly not around horses, or any animals for that matter.

Navarro pled guilty to one count of conspiracy to commit drug adulteration or misbranding in exchange for the five-year sentence. He was fined $70,000 and ordered to pay $26 million restitution for purse money earned through his doping. Good luck collecting that.

The government suggested the restitution could be clawed back from the racetracks where Navarro competed and redistributed to the owners, jockeys and trainers who were cheated by Navarro. To say nothing of the bettors who were steamrolled by Navarro juice specials. Not sure how that restitution might work, and neither was the court.

Mary Kay Vyskocil, the judge who handed down the sentence, expressed regret that the prison time wasn’t longer.

An emotional Navarro read a statement of apology, claiming that the need to win was overwhelming.

“I should have quit when I couldn’t handle the pressure,” he said.

There is no good time for a tragedy but those that occur around the end-of-year holidays always hit us harder, leave us wondering why and how. 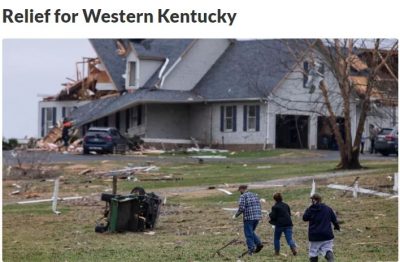 Kentucky Thoroughbred Association is organizing this fundraiser on behalf of Tonya Shepherd.

The tornadoes that devastated western Kentucky on Dec. 11 crushed many in the racing community with no joy this season. The unimaginable damage was a body blow to small scale breeders, trainers and horse owners in that part of the state.

It didn’t take long for the racing industry to rally to the cause. The Jockey Club, the Kentucky Horsemen’s Benevolent & Protective Association, Coolmore America and “Mattress Mac” McIngvale have come through with generous donations, just to name a few.

In this season of giving, perhaps you can aid a very worthy cause. Donations can be sent to the Go Fund Me page set up by the Kentucky Thoroughbred Association  https://www.gofundme.com/f/relief-for-western-kentucky?qid=7d0f09ff33c007abc965aea444af5411

In closing, we wish everyone a Merry Holiday. May Santa leave you a few more winners under the tree.