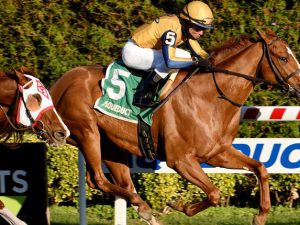 The Millions are gone, but the Sunshine remains, especially if the forecast holds for Saturday at Gulfstream Park.

After some rain on Friday, the local weather folks predict a breezy afternoon with temperatures in the upper 70s, the kind of conditions that lure northern snowbirds south to Florida every winter.

It should be a fine day for the Sunshine Millions, a quartet of stakes for Florida-breds topped by the $200,000 Classic.

Once upon a time, in the not too distant past, there were actual millions. As originally conceived by The Stronach Group, the Sunshine Millions was an annual West Coast-East Coast rivalry pitting the best horses bred in California against their Florida counterparts with the races divided between Gulfstream and Santa Anita.

From 2003-09, the Classic was worth $1 million and included Lava Man among the roster of winners.

You have to give the Stronach crew credit for dreaming big, even if projects like the Sunshine Millions and the Pegasus World Cup don’t play out as envisioned. At least they’re trying.

What remains are four stakes that kick off the week leading to Pegasus day, Jan. 25. It could culminate with a Casse Classic. Trainer Mark Casse sends out a pair of Live Oak Plantation runners: Salute With Honor and Tap the Mojo.

As he’s gotten older, Salute With Honor has evolved into a confirmed front runner. The 6-year-old gelding won two of his last three with brazen displays of speed over the synthetic strip at Woodbine. He closed out the 2019 campaign with a fourth-place finish in the Autumn Stakes (G2) after setting a wicked early pace.

This is his race to lose with Tyler Gaffalione hopping off Tap the Mojo to take this mount.
Tap the Mojo is no slouch, having crushed a state-bred allowance field here late last month. Luis Saez fills the vacated saddle.

Noble Drama is back for another try after a soundly beaten sixth in this race last year. He returned from a lengthy layoff to easily win a second-level allowance race here in late December.

“He ran huge. He just galloped and won like it was nothing,” trainer David Fawkes said.

Never overlook Jay’s Way in the Sunshine Millions Classic. He always steps up with a peak effort in this race, having won it 2018 and before finishing second last year.

Switching surfaces, Casse is again well positioned in the $150,000 Sunshine Millions Turf in terms of quantity and quality with the trio of March to the Arch, Curlin’s Honor and Souper Scat Daddy.

March to the Arch takes a huge class drop after missing by only a length in the Shadwell Turf Mile (G1). His last six outings were all graded stakes. He was an easy winner in his last race against Florida-breds, the Turf Classic last March at Tampa Bay Downs. Gaffalione will be aboard as usual.

Curlin’s Honor rallied from far back to capture the Artie Schiller at Aqueduct in his latest effort, while Souper Scat Daddy has a win and two seconds in three races over the Gulfstream course.

The biggest threat to the Casse trio is Galleon Mast, winner of this race two years ago, who tuned up for this with a win in the Sunshine Millions Turf Preview at Calder aka Gulfstream Park West. 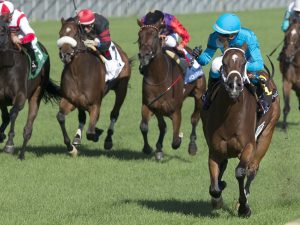 Starship Jubilee looms the shortest priced favorite in the Sunshine Millions as the clear-cut horse to beat in the $150,000 Filly & Mare Turf.

The winner of the Grade 1 E P Taylor Stakes at Woodbine back in October bids for her third straight victory — a natural hat trick for hockey fans — in this race. That would make her the first horse to capture three Sunshine Millions, eclipsing such two-time winning luminaries as Lava Man, Mucho Macho Man and the late X Y Jet.

The $1 million Pegasus World Cup Turf next weekend was a consideration at one time for Starship Jubilee.

“There was definitely a lot of thought put into it, but I think this race just seems to make a lot more sense for her to kind of start off her campaign if she’s going to continue to run as a 7-year-old,” said trainer Kevin Attard.

A filly or a mare challenging the boys is always an intriguing factor and that angle is the key to the $100,000 Sunshine Millions Sprint.

Lady’s Island, a 6-year-old trained by Georgina Baxter, appears equal to the task. One of the top Florida-based sprinters of any gender. Lady’s Island is 13-for-26 in her illustrious career including a romping victory in the last time out in the Sugar Swirl Stakes (G3).