Winning Formula: 7 Rules For Investing at the Track

When it comes to the stock market there are legends like Warren Buffet and Benjamin Graham. They share several common traits such as being disciplined, being hard workers, staying focused, being patient, having a plan that makes sense, and identifying and overcoming psychological biases. 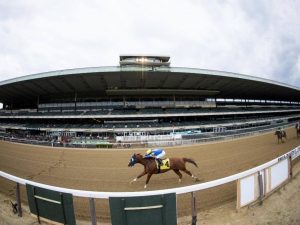 For as long as horses have run on the track with pari-mutuel pools, people have been trying to find ways to win over the long term. Countless books have been written on the topic. Each one inspiring handicappers to try the new magic angle or figure that will reap them rewards at the track. Andy Beyer and his Beyer Speed Figures had a “$50,000 year at the races,” William Scott touted his ability in Investing at the Racetrack, William Quirin gave us his speed points, and Tom Brohamer focused on velocities, to name a few.

As a standalone figure, none of them win over the long term. However, if you use sound money management and follow some simple investing rules, you can turn a profit.

Investors like Buffet and Graham have a formula for success. The rules they follow offer casual horseplayers and those who make their living playing the races the opportunity to improve their profits at the track.

1. Go against the crowd

Wisdom of the crowds refers to the notion that the consensus of the group performs better than an individual. This may be the case in some applications; however, favorites win about 33% of the time for a 17% loss.

While favorites win more than any other betting interest in a race, the well-informed handicapper needs to go against the betting public to maximize their profits. Will there be occasions where you will land on the favorite to win a race or be a contender? Of course. As part of my own handicapping I look to determine if a favorite is strong or vulnerable. I do this through two steps. The first is to determine what kind of morning line favorite is in the race, weak or strong. I then use seven race and horse specific factors that determine the likelihood of the favorite winning the race. Coupling these two factors with my full handicapping process determine how strongly I consider the favorite a contender.

Like savvy investors, I am always looking for a contender with an edge in some category that is not the favorite or low-priced. This could be class, back-ability, pace, or pedigree.

How many times have you bet a race and wondered how Plodder Patty could circle the field late and win at 15-1 in this $10,000 claiming sprint. You look at his past performances and think there is still no way you would have ever bet this horse, even if he was the only horse running in this race.

Then you look a little closer. His last two efforts were over the turf in allowance company. Three back he ran over a muddy course around two turns at the same class. Four back he might as well have been in a mosh pit with all the trouble he encountered at the start. Fifth race back was a sprint against $30,000 claimers. Then you finally see it. A couple of decent efforts at the bottom of the page. This horse clearly was misplaced and had excuses for almost every race in his past performances. He simply ran back to his ability at this level.

Whether it is a troubled trip or masked form, the betting public tends to write these horses off since they show a lower speed figure or out of the money finish. The savvy handicapper finds and exploits these types of horses.

3. Go with what you know

I encourage every handicapper to try new things and handicap races they normally wouldn’t, but only on paper until they build confidence in what works in those types of races for them. If you make your money playing Monmouth Park, but lose your shirt at Belmont then you know to stick to Monmouth. Likewise, if you crush claiming races and you can’t buy a winner in a stakes race, stick to the horses that are running for a tag.

We all know Every-Race Eddie. He’s that guy that has to play every single race on the card. When he has a good day, he is there until the last race. When he has a bad day, he is out of cash by the fifth race. Too bad his “lock” was in the seventh and he doesn’t have a dime left to his name.

A fool and his money are soon parted. Wait for your best opportunities and save your bankroll to play those races where you have the best opportunity to win.

Every horseplayer dreams of the day that Trotter has in the movie Let It Ride. He can lose. As every successful handicapper knows, you aren’t going to win every race so you need to give up the notion of perfection.

Losses are part of the game. Horses have troubled trips. Horses have good days and bad days. Sometimes the race doesn’t go anywhere near what you expected. You can’t get hung up on a couple of losses, disqualifications, or bad beats. Stick with your plan and you will be in the black in the long run.

Back in 2009 on the First Saturday of May I was hanging out with our friend Rail Guy down by the Monmouth Park paddock. We watched a field of claimers where we didn’t see anything worth betting and with the Kentucky Derby on our minds our conversation naturally moved on to that topic. “Dat Bellamy Road is gonna win big ya know, Zito’s gonna get a winner with that Castellano in da irons… he won da Wood ya know… da papers are all pickin’ him to win and da Moss family said he is ready to run.”

I was leaning more towards the Tim Ritchey trainee Afleet Alex that day, but Rail Guy brought up every paper, website, and person he could think of that had picked Bellamy Road to win. He wouldn’t shut up until the race finally went off. We both stood in amazement as Giacomo closed to win by half a length at 50-1.

Rail Guy has fallen for a horse that was overhyped. Of course the trainer, jockey, owner, groom, and anyone connected to the horse is going to say that horse is in great shape and has the best chance to win that day. The press is going to pick a couple of horses and tout them as well.

Stick with your own data and analysis. You can’t believe everything that you hear and read.

This seems simple enough. You need to manage your money and protect your bankroll. Be accountable for each dollar you wager and win. Monitor your performance and you won’t need to worry about breaking this rule.

There are no guarantees in investing or horse racing, but by emulating the investing greats you can limit your risks and maximize your profits. By keeping the rules in mind when playing the races you will make smarter choices at the track, increase your bankroll, and maybe you’ll write the next book about how to win money at the races.