Tiz the Law is back at Saratoga Race Course as the even-money favorite for Saturday’s $1 million Runhappy Travers Stakes (G1), which comes exactly one year after the leading Kentucky Derby (G1) contender began his racing career.

And what a year on the racetrack it’s been for Sackatoga Stables’ Tiz the Law, with Barclay Tagg training and Manny Franco riding. 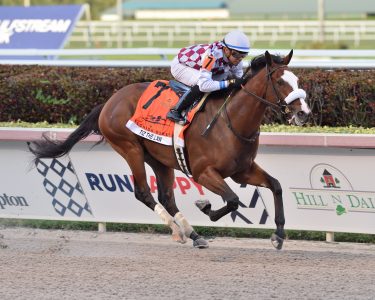 On Aug. 8, 2019, the 2-year-old son of Constitution was sent off as the 7-2 second choice at 6 ½ furlongs in the fifth race at the Spa, and eventually pulled away to a comfortable 4 ¼-length victory under Junior Alvarado in the race for New York breds.

Tiz the Law has gone on to fame and fortune under Tagg’s guidance, and the switch to Franco. Now a Champagne, Florida Derby and Belmont Stakes winner, Tiz the Law is the star attraction in a field of eight 3-year-olds entered Wednesday for the 1 1/4-mile Travers.

The 151st Travers is being run three weeks earlier than usual due to the coronavirus pandemic, and serves as a Derby-points qualifying race with 100-40-20-10 points for the first four finishers. While Tiz the Law tops the leaderboard with 272 points, Uncle Chuck, among others, are desperate for points; others not so much. 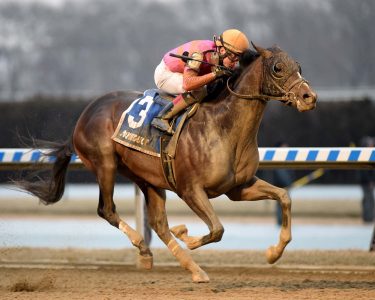 Since that first race, Tiz the Law has won the Champagne (G1) and finished third in the Kentucky Jockey Club (G2) to complete his 2-year-old season, and has reeled off victories in the Holy Bull (G3), Florida Derby (G1) and Belmont Stakes (G1).

The 1 ¼-mile distance shouldn’t be a problem, either. The Kentucky Derby (G1), traditionally run on the first Saturday in May, is usually the first time 3-year-olds run 1 ¼ miles. The Derby is Sept. 5, so this should be a nice barometer for these Derby prospects.

“He’s done everything we’ve asked him to do. We’ve been very fortunate,” Tagg said of Tiz the Law. “I don’t think any distance makes a difference for this horse. From what I’ve seen, I just don’t have any feeling that he can’t handle it. It would be nice to win it if we could.”

Uncle Chuck arrives from Del Mar, and Baffert figures a strong effort could give him another Derby contender along with Authentic and Thousand Words.

“He’s quick,” Baffert said. “He’s a big, tall horse but he’s really quick on his feet. He’s got a tremendous stride. That’s why I thought the mile and a quarter would suit him well. If you can win the Travers, it’s a big thing. But Tiz the Law looks unbelievable. I watched his last work and he looked tremendous, so Uncle Chuck will have to step it up. It should be a great race.”

Max Player, trained by Linda Rice, was third in the Belmont and has a win in the Withers (G3) back in February. Country Grammer, trained by Chad Brown, is coming off a victory in the Peter Pan (G3) last month.

After his most recent work, Brown said the colt’s work “went super. He’s not a great work horse but for him it was one of the better works I’ve seen. He’s gotten a lot stronger.”