The $200,000 Red Smith (G2) honors the Pulitzer Prize-winning sportswriter who spent much of his 55-year journalism career writing for the New York Herald and the New York Times.

He loved writing about the races. There are many awards honoring Smith, but among them is the Red Smith Kentucky Derby Writing Award – a most coveted award I was fortunate to win twice.

Known as the Edgemere Handicap until 1981, the Red Smith features a strong field of 10 3-year-olds and up going 1 3/8 miles on the turf at Aqueduct.

Trainer Chad Brown sends out two of the top contenders in Serve the King and Value Engineering. Hall of Famer Todd Pletcher has a pair, too, in Shamrocket and No Word, while 6-year-old Channel Cat starts for trainer Jack Sisterson. 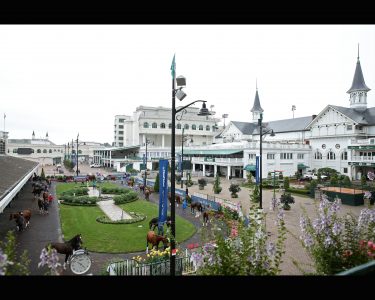 Del Mar: Cloudy, with temperatures in the 50s to low 60s.

A brief look at the races:

Serve the King comes into the race off a second-place finish to stablemate Rockemperor in the Joe Hirsch Turf Classic (G1) at Belmont on Oct. 9. Value Engineering steps up for his first attempt in a graded stakes.

“The horse is training really well. It looks like a really solid race,” trainer Chad Brown said. “He’s coming off his best performance. He’s one that keeps developing and one that we thought a lot of. He’s well bred, very consistent and he’s in good form right now.”

Value Engineering comes in off a rallying victory going 9 furlongs at Belmont four weeks ago.

“It’s a big step but we always thought he was a stakes horse all along,” Brown said. “He lost his way a little bit and needed to breakthrough. I thought his last race was a breakout performance.”

Channel Cat, 6-year-old son of late turf champion English Channel, seeks his first win since taking the Man o’ War (G1) at Belmont in May. He has earned more than $1.4 million off a 29-6-3-5 record. Channel Cat, sporting blinkers for the first time since 2019, leaves from post 7 under John Velazquez.

Obligatory, looking to end a four-race losing streak, returns to Churchill Downs, scene of her last victory in the Eight Belles (G2) on April 30.

Trained by Hall of Famer Bill Mott, Obligatory won the Eight Belles at 16-1. She then ran second in the Acorn (G1) and the Cotillion (G1) but was sixth in the Raven Run (G2) last out. She leaves from post 7 under Joel Rosario.

Other entered include Sally’s Curlin, looking to win the race for the second time (the first was in 2019), and multiple stakes winner Matera, trained by Brad Cox. The 4-year-old filly won the Groupie Doll at Ellis Park in August but ran fourth in the Locust Grove (G3) at Churchill Downs in September.

Midcourt returns to take on a trio of Bob Baffert trainees in this one. Last out, the John Shirreffs-trained Midcourt was last of eight in the Awesome Again (G1), with Baffert’s Native Diver runner Azul Coast not much better in seventh.

Baffert also sends out Eight Rings – fourth in the Breeders’ Cup Dirt Mile (G1) — and Ax Man, fourth in the Kona Gold (G3) at Santa Anita in April in his last start.