Jim Thorpe was born near Prague, Oklahoma, about a 60-minute drive east of Remington Park in Oklahoma City.

Thorpe was an incredible athlete, considered by many the greatest of the 20th century. He was a football hero, Olympic champion, and excelled in baseball, basketball, hockey, lacrosse, and, yes, ballroom dancing.

In 1911, playing halfback, defensive back, punter and kicker, he led the Carlisle Indian Industrial School (Pennsylvania) to an 18-15 upset of top-ranked Harvard – Thorpe kicked four field goals in the game. A year later, Thorpe won gold medals in the pentathlon (five events) and decathlon (10 events) at the Stockholm Olympics (the medals were withdrawn for his semi-pro play in baseball but reinstated in 1983 – 30 years after his death).

We mention this because Friday night’s 13-race program at Remington includes five stakes races, starting with the 11th edition of the $70,000 Jim Thorpe Stakes for 3-year-old Oklahoma breds (post time for the race is 9:23 p.m. ET). 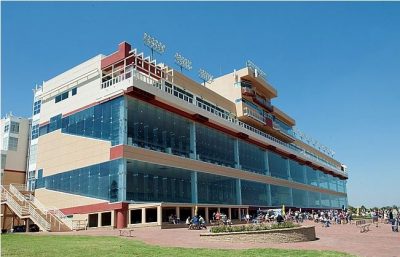 There are several sports awards honoring Thorpe, including college football’s Jim Thorpe Award for the nation’s top defensive back (Coby Bryant of Cincinnati was the 2021 winner), but it’s nice to see an equine event named for one of the truly great human athletes.

The top race of the night at Remington is the $400,000 Springboard Mile, a Kentucky Derby (G1) points-qualifier worth 10-4-2-1 points to the first four finishers (at least those not racing on Lasix).

In the racing world, the 1-mile Jim Thorpe means little when it comes to winning championships, but it’s the holiday season and who doesn’t love a good betting race.

A field of eight was entered, with Number One Dude tabbed the even-money favorite based on his record of four wins and a second in six starts at Remington for trainer Kari Craddock. Hall of Fame trainer Steve Asmussen is represented by 5-1 second choice Tap the Dot – Stewart Elliot rides from post 3.

A brief look at some of the races:

A field of nine was entered with Florida-based Saffie Joseph, Jr. sending out the slight 7-2 favorite Make It Big, who is 2-for-2. Jose Ortiz travels from New York to ride, so it may just tell you this colt is a solid choice.

Trainer Steve Asmussen sends out a pair in 4-1 Classic Moment and 5-1 Concept. 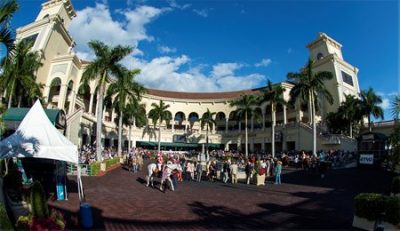 Shifty She, winner of the Nobel Damsel (G3) in her most recent start, is back home in Florida and is the 3-1 favorite in a field of 12.

Shifty She took the 1-mile Noble Damsel at Belmont on Oct. 23 in front-running fashion; she also ran third in the De La Rose at Saratoga and fourth in the Ladies Turf (G3) at Kentucky Downs.

“She knocked heads at Saratoga, and it was a good run. She looked like a winner and got a little tired. At Kentucky Downs it was the same thing, and then she obviously capped it off at Belmont,” Joseph said. “She’d been holding good company before that, and obviously that was a breakthrough race.”

Frank’s Rockette tops a field of eight as the 4-year-old daughter of Into Mischief looks to added to her graded stakes resume that includes wins in the Victory Ride (G3), the Prioress (G2) and the Gallant Bloom (G3) in 2020 for Bill Mott.

In 2021, she’s 7-2-1-3 and looking to end a three-race losing streak, most recently a third in the Dream Supreme Stakes at Churchill Downs on Nov. 13. She’s the 9-5 favorite; Center Aisle is the 2-1 second choice off a pair of optional claiming and allowance wins.

Fearless is the 8-5 favorite in a six-horse field as the 5-year-old gelding looks to rebound off a second-place finish in the Miami Gardens Handicap on Nov. 21, his first loss in four starts at Gulfstream.

“He likes the track, and he ran a good race off the layoff, so we’re thinking that should set him up good for the Harlan’s Holiday,” trainer Todd Pletcher said. Prior to the Miami Gardens, Fearless ran third in the Pimlico Special (G3) on May 14. Luis Saez has the call from post 6.

Multiple graded-stakes winner Mighty Heart is the 9-5 second choice for trainer Josie Carroll. The 4-year-old colt comes into the race off a front-running win in the Autumn (G2) at Woodbine. Mighty Heart also has a 2020 Queen’s Plate win on his resume.

Hall of Fame jockey John Velazquez has the mount out of post 1.

Trainer Mike Maker entered a trio in the richest race on the card, Atone (12-1), Media Blitz (20-1) as well as supplemental entry Order and Law (20-1) as he looks to strengthen his hand for the $1 million Pegasus World Cup Turf Invitational (G1), a race he won in 2020.

Atone is a 4-year-old Into Mischief gelding with four wins in nine career tries on grass, two of them coming in his last three starts, most recently a 2½-length optional claiming allowance triumph Nov. 21 at Aqueduct. 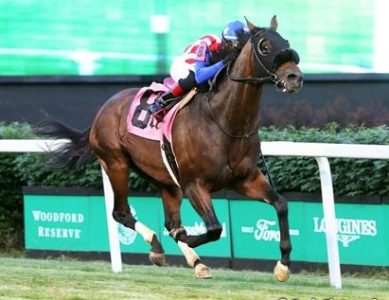 Media Blitz makes his first start since Maker spent $100,000 to claim the 4-year-old colt for himself out of a third-place finish at Del Mar on Nov. 26.

Media Blitz has two wins and two seconds in four tries at 1 1/8 miles, with his other victory coming in a 1 ½-mile allowance May 20 at Churchill Downs.

L’Imperator, trained by Chad Brown, is the 5-2 favorite in the field of 12, with Space Traveller the second choice at 3-1 and Analyze It (also trained by Brown) at 4-1.

Sole Volante, who ran sixth in the 2020 Belmont Stakes and 11th in the Kentucky Derby, also is in the field at 20-1 – looking to end an eight-race losing streak – not even a top 3 finish — for trainer Patrick Biancone.

“I think he’s training the best he ever has right now,” Andie Biancone, the trainer’s daughter and assistant, said. “I’m excited.”

Also in the field is King Guillermo at 30-1. He won the 2020 Tampa Bay Derby (G2) but missed the Triple Crown races. He’s 0-for-5 since the win at Tampa Bay Downs although he’s competed at the Grade 1 level in most of his starts since.