Looking Back at the Pandemic of 1918

The year is 1918. The United States is heavily involved in “the war to end all wars,” World War I. President Woodrow Wilson presents his Fourteen Points of Peace. 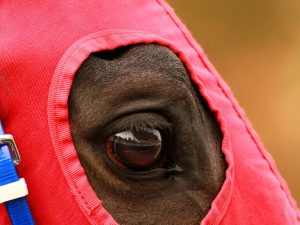 Image by Babil Kulesi from Pixabay 88

Daylight savings is enacted. The Red Baron notches his 80th kill and dies the next day. Tsar Nicholas and his family are assassinated in Russia.

The year 1918 was also the year of the Spanish flu pandemic. At the time, the death toll was estimated to be anywhere from 17 million to 100 million and about 500 million confirmed cases, which made it one of the deadliest worldwide pandemics behind the Black Death on the mid-1300’s.

In March, 1918, a U.S. Army private reported to the camp hospital at Fort Riley, Kansas. He was complaining of cold-like symptoms. By mid-day, over 100 other soldiers reported similar symptoms. Similar outbreaks would be reported in army camps and prisons throughout the country.

The disease would then spread with the troops into Europe and showed no signs of slowing down. It spread throughout the world. Soldiers returning from the “Great War” would cause another wave of infections.

Business as usual in racing world

For horse racing in and around the Mid-Atlantic, it was business as usual for much of the year. The tracks in Maryland, Kentucky and New York continued to race after the United States declared war on Germany in April, 1917.

The following year, Exterminator won the Kentucky Derby at 30-1 over heavy favorite War Cloud. War Cloud would go on to win a division of the Preakness Stakes that year.

Johren would beat War Cloud to take the Belmont Stakes in June and then beat Exterminator in the Latonia Derby later that month.

However, by summer’s end the Spanish flu began spreading along the East Coast, starting in Boston. Officials would urge people to avoid large crowds or gatherings, but was still generally being downplayed.

In New York, racing continued at Jamaica even as the nationwide death count shot from 12,000 in September to 195,000 in October.

Schools were kept open since the conditions were often more sanitary there than at home. In Kentucky, the fall meeting at Latonia was delayed in response to the pandemic.

The Maryland Board of Health initially tried to close down racing at Laurel Park in mid-October, but let it continue based on the fact that racing was held outdoors.

With overrun hospitals and a mounting count of fatalities, racing was formally shut down a few days later. A new young rider, Earl Sande, had been tearing up the meet until he also contracted the Spanish flu.

Laurel Park had been selected to host a match race on Oct. 24 between Billy Kelly and Eternal that would determine the 2-year-old champion. The race was put on hold until the state lifted its ban on assemblies in public placed, and it rescheduled for Monday, Oct. 28.

Laurel opened in time to host the match race, with Eternal winning by a head in front of a packed crowd.

Racing resumed as planned in Maryland with the Pimlico and Bowie meets, and in November, there was a parade at Old Hilltop with a band, soldiers, sailors, and many others.

By the end of 1918, the Spanish flu had taken the lives of five jockeys.

American soldiers would return home and cause yet another outbreak the following spring, yet horse racing in 1919 would, for the most part, would not be disrupted due to a human virus. Instead, the equine influenza would rear its head again at Belmont Park and kill over 100 horses.

Earl Sande went on to recover from the flu and go on to win the Kentucky Derby three times, the Preakness once, and the Belmont five times. He would also win the 1930 Triple Crown with Gallant Fox.

Hoping to get its game back on

Fast forward to 2020. A handful of tracks are still running without crowds and with heavy restrictions. Hall of Fame jockey Javier Castellano has tested positive for coronavirus.

The Mid-Atlantic region is a hotspot for confirmed cases and we are all being requested to stay home to flatten the curve.

The Triple Crown races are in the final stages of being rescheduled (the Derby already moved its date from May 2 to Sept. 5). Horse racing can and will recover from this disruption as it has in the past.

Years from now people will tell stories about 2020, hopefully the only time the Kentucky Derby was run in September.