The legend and Hall of Famer Secretariat still holds the stakes (and track) record for the Preakness’s 1 3/16-mile distance when he stopped the clock in 1:53 in 1973 en route to his win in that year’s Triple Crown. Initially, the timing of the race was questioned as the official clock malfunctioned and the timer recorded a slower final than what was recorded by clockers for the Daily Racing Form. 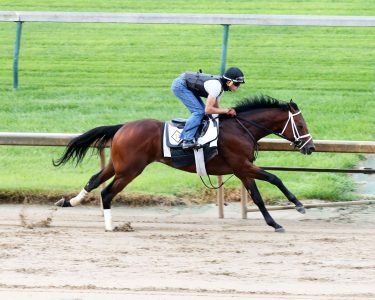 Strangely, the dispute was not resolved for nearly 30 years until 2012, when newer technology allowed for a forensic review of the videotapes and an accurate calculation of the actual final time, which was formally recorded as 1:53. Curlin in 2007 owns the second-fastest time in Preakness Stakes history, having logged 1:53.46 for his head victory over Kentucky Derby winner Street Sense. Louis Quatorze in 1996 earned a final time of 1:53 2/5 for his wire-to-wire score to own the third-fastest time in Preakness Stakes history.

This year Baffert will be represented by two runners in Kentucky Derby winner Authentic and Thousand Words, who was scratched from the Run for the Roses due to an abundance of caution after flipping in the paddock but was uninjured.

Robert Wyndham Walden saddled seven Preakness winners in the later years of the 19th century, including five straight from 1878 to 1882. All five were owned by prominent Thoroughbred owner George Lorillard, who was also known as a yachtsman and outdoorsman. Lucille Markey Wright’s Calumet Farm remains the leading Preakness owner and breeder with eight wins. The farm and racing stable was founded by Warren Wright, Markey’s first husband, and successfully carried on by her and her second husband husband, Admiral Gene Markey. Calumet owned and bred Whirlaway (1941), Pensive (1944), Faultless (1947), Citation (1948), Fabius (1956), Tim Tam (1958) and Forward Pass (196

Brad Kelley, who purchased Calumet Farm in 2012, gave the new Calumet a Preakness win when Oxbow earned the garland of Black Eyed Susans at Old Hilltop.