Kentucky Derby Preps Betting: In the early runnings of Tampa Bay Downs’ Sam F. Davis (G3), which will be contested Saturday for the 40th time, the race wasn’t really considered a serious one for trainers with legitimate 3-year-olds headed toward the Kentucky Derby (G1) on the first Saturday in May.

All that changed in 2001 when talented and fan-favorite Burning Roma (fourth in the 2000 Grade 1 Breeders’ Cup Juvenile, captured the race an then won the Tampa Bay Derby (G2), thus establishing himself as a legit graded stakes performer. For his career, Burning Roma ran at the elite level 36 times and earned more than $1.5 million. 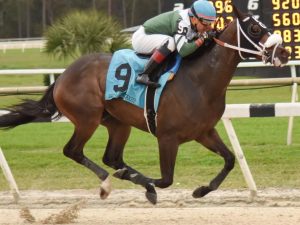 A few years later, Bluegrass Cat won the Sam Davis for trainer Todd Pletcher, and the colt wound up second in the 2006 Derby and the Belmont Stakes (G1). Other notable runners in the race include Any Given Saturday, General Quarters, Vinceremos, McCraken, Flameaway, Destin, and Well Defined a year ago. Though no Classic winners have emerged from a win in the Sam Davis, the 1 1/16-mile event has turned into a popular spot for Derby hopefuls. And, of course, it offers Road to the Derby qualifying points of 10-4-2-1 to the top four finishers.

Even though the winner of a Triple Crown race has yet to emerge from this race, a good field of eight will assemble, including unbeaten Independence Hall.

Register for an account here at UsRacing, and get your Kentucky Derby Preps Betting action now!