Why go to the Derby with a horse who’s lost seven in a row by an average of nearly nine lengths and is 0-for-6 in stakes? Only if your lifetime dream is to see your silks in the post parade as they play “My Old Kentucky Home.”

Necker Island won twice last year at Churchill Downs, his home track, but that’s about it for the positives. This vanity entry belongs in an allowance race, not a classic. No chance. 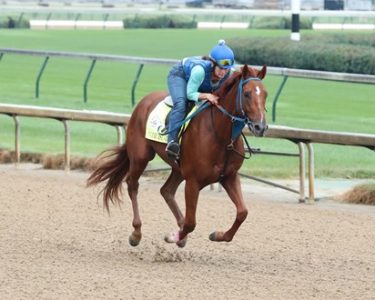 Notes: Necker Island picked up his Derby points with third-place finishes in the Indiana Derby (4) and the Ellis Park Derby (10) … The colt was claimed for $100,000 in May … This will be Mena’s second Derby – in 2010 he finished 20th aboard Backtalk … He’s been riding since 2003 and has won more than 2,000 races, among them a victory aboard Tom’s d’Etat in the Stephen Foster in June … Hartman, a Midwest-based journeyman who has been training since 1992, is saddling his first Derby starter.

(USRacing’s Kentucky Derby will include profiles of the horses listed as probable for the race on Saturday, Sept. 5. Each day until the post-position draw on Tuesday, Sept. 1, USRacing will publish selected profiles of the contenders.)