Horse Racing Handicapping Tips: Like Ferris Bueller said, “Life moves pretty fast. If you don’t stop and look around once in awhile, you could miss it.” The same is true about handicapping. 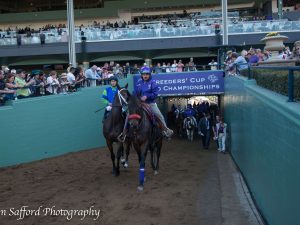 With any handicapping angle or factor, it always pays to revisit what is working and not working from time to time.

Horse racing is an ever changing game. Everyone I know that makes their living playing the races is constantly retooling and tweaking their approach.

In the year since I first wrote about tips for better handicapping systems, we have seen changes to the rules for using whips at some tracks, more scrutiny of the horses racing at Santa Anita, the indictment of 27 people associated with horse racing, and the effects of the coronavirus.

While some of these will impact your handicapping and others won’t, many of the original tips still hold true, it is time to make a yearly tweak to try to help you gain a slight edge versus your competition by identifying a few new tips.

As long as there has been competition, there have been people trying to find an edge through any means possible.

During the early 20th century there were people who could paint or modify a horse to look like another before the use of tattoos for identification.

The most fascinating trick was the ability to use ice to get a colt to pass for a gelding. Baseball players like Mark McGwire took advantage of PEDs before they became illegal.

The eastern European countries gave their Olympic athletes a ton of hormones and drugs in the 1970’s and 1980’s.

Even if you know the basics, you are not always going to be right. While I do attribute some outcomes to chaos, there are some outcomes you can’t figure out.

When you see a lower tier claiming trainer winning at an amazing clip with horses that showed nothing against worst horses, you can only speculate.

Where there is smoke, there is often fire. So how does that change your approach?

You should still approach the races the same way. Run your figures, look for your angles, and figure your pace scenarios.

Yet, note any trainers or their assistants that have a history of foul play. You may expect to see an amazing change in projected performance in this race.

The truth is that you won’t know if someone is playing dirty or not. The best you can do is to continue handicapping the races the same way, but note if there is a horse that you think may come back with an unfair advantage today.

This is the new norm and will likely be the case for quite some time. Many horse racing tracks are closing down due to the coronavirus and the others that remain open at the time of this article are running without crowds.

How does this factor change your handicapping?

You can expect that many first time starters and younger horses will not have the issues of horses that have to run in front of crowds. This is particularly the case for horses that are not running in front of large, stakes day crowds.

How many times have you seen a horse break their maiden on a weekday at Gulfstream or the Fair Grounds without an issue?

Maybe they move on to win a non-winners of one allowance race and start climbing the condition ladder locally.

They are doing this in front of small crowds. Suddenly they find themselves entered in a major prep race with a larger crowd.

The horse starts showing some anxiety or nervousness in the paddock and post parade. You see the white of their eyes, kidney sweat, or an angry tail before they go out and give a lackluster performance.

Racing without a crowd should be a benefit to the younger horses and shyer horses. It will be no different than schooling at the gate or running on that weekday romp that set down the path of this race.

Ultimately, having no crowds should help you to level the field for your first time starters and the younger horses that are climbing the condition ladder by taking anxiety off the table.

Traditionally the Derby is run on the first Saturday in May. Many of the entrants are trying the 1-1/4 mile distance for the first time. Some may only have one or two routes in their past performances to use for comparison.

Some may have none. With the later running of the Derby you will have horses that will have matured and likely have had another prep or two around two turns.

It will be interesting to see what dates the Preakness and Belmont Stakes postpone to and if the Breeders’ Cup dates change as well.

As horses age, they become more predictable. The likelihood of major improvements off of their last start decreases. By September of their 3-year-old campaign, these horses are able to contend with older horses.

The fillies will have also matured at a rate that puts them closer in development to the boys than they would have been in May.

Is 2020 the year a filly romps in the Kentucky Derby for the first time since Winning Colors in 1988?

Horse Racing Handicapping Tips: #4 Find And Track What is Useful

Going back to one of the original tips, it is important to track what is useful. What is useful may have changed. The only way to know what has changed for the good or bad is to track it.

So keep on tracking what you have been using and consider tracking new factors to see what impact they may have in this ever evolving game.

While some of my original tips don’t change much over time, such as having a routine or understanding the basics, there are areas of your game that you will need to change.

There is always room for improvement in your handicapping. By paying attention to the developments within the sport will force you to evolve or realize that there is a change. Do your bankroll a favor and change with the times.

If you enjoyed this Horse Racing Handicapping Tips piece, check out other amazing articles at our news section!