Handicapping Eclipse Award Up for Grabs at NHC in Las Vegas 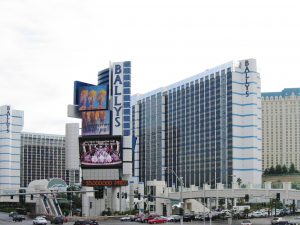 The NTRA National Horseplayers Championship (NHC) will be celebrating its 21-year anniversary when the annual “Super Bowl for horseplayers” congregates once again on the Las Vegas Strip on Friday-Sunday, Feb.7-9. At stake will be a purse of over $2 million and bragging rights as “Handicapper of the Year,” a title that carries with it an Eclipse Award.

The top prize in all of thoroughbred handicapping will be up for grabs among a field of about 650 qualifying entries from North America (about 500 individuals including players that have qualified twice), who will battle it out at Bally’s in the three-day NHC main event. The finalists earned their trips to the finals with wins or top finishes in contests held in 2019 on tournament websites, and at racetracks and off-track sites in the United States and Canada.

NHC finalists will try to compile the highest earnings based on mythical win-and-place wagers throughout the first two days of the tournament on races from the season’s top simulcast signals – Aqueduct, Fair Grounds, Golden Gate, Gulfstream, Laurel, Oaklawn, Santa Anita, and Tampa Bay. The top 10 percent of the players after Saturday’s action will make the cut, advancing to Sunday’s final and deciding day of play, where the top 10 eventually will square-off at the Final Table to decide the championship. 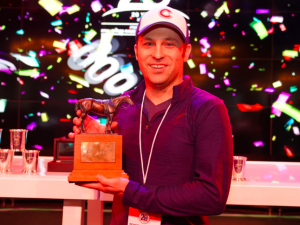 The NHC XXI field will be seeking to unseat reigning champion Scott Coles of the Chicagoland area, who last year became the youngest winner at age 34. No player has yet to score a repeat NHC victory. In addition to Coles, several other past winners and NHC Hall of Famers will be part of the field again.

The 2020 NHC will be held at the 40,000 square-foot Bally’s Event Center after spending most of the last decade a few blocks up The Strip at Treasure Island. Bally’s had previously hosted the event in its Race and Sports Book for six years from 2003-08.

The NHC represents an unprecedented boon and unique opportunity for horseplayers. In all, an estimated purse of $2.95 million will be distributed to tournament players at the NHC, with hundreds of thousands of dollars in prizes already having been determined based on the results of the NHC Tour – a yearlong points race determined by players’ finishes in NHC qualifying events. The 2019 NHC Tour championship went to tournament veteran player David Snyder of Mission Viejo, California, who earned the Tour’s $110,000 grand prize. Snyder is also eligible for a $5 million bonus if he becomes the first NHC Tour winner to go on to win the NHC main event the same year.

Handicappers cannot buy an entry fee to play in the NHC. You must join the NTRA’s NHC Tour and win a spot in a qualifying event or finish high on the Tour leaderboard in order to earn an invitation. The final chance to qualify is at the NHC Last Chance tournament at Bally’s Feb. 6.

For a full schedule of NHC events or to join the NHC Tour, go to www.NTRA.com.