No winner of the Risen Star Stakes has won the Kentucky Derby, but that could change if a decision ever is reached on whether to disqualify the late Medina Spirit for a postrace positive for betamethasone. 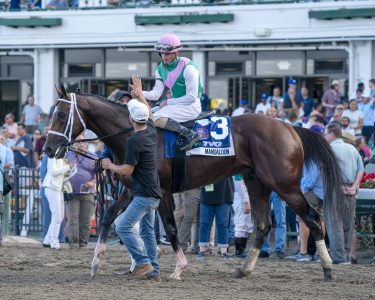 If there is a DQ, the beneficiary will be Mandaloun, the 26-1 shot who ran second. He was dismissed in Louisville after his sixth-place flop as the 6-5 favorite in the Louisiana Derby, the only time he’s finished worse than third in a nine-race career.

The Risen Star is named for a New Orleans-based horse who many thought should have won the 1988 Triple Crown. The son of Secretariat ran third in the Derby to the filly Winning Colors, beaten by about three lengths, after a very wide trip. He rebounded by sweeping the Preakness and Belmont (by 14 3/4 lengths), and despite never racing after the Belmont he was voted the Eclipse Award as top 3-year-old.

(Trivia nugget: The year after Risen Star won the Louisiana Derby Trial, first run in 1973, the Fair Grounds renamed the race in his honor.)

Saturday’s 50th running of the 1 1/8-mile Risen Star offers 50, 20, 10 and 5 qualifying points for the Kentucky Derby, and it should produce some runners for the 1 3/16-mile Louisiana Derby on March 26. Only two Louisiana Derby winners — Black Gold (1924), Grindstone (1996) — won the Run for the Roses but if recent history is any guide, the wait for a third might not be much longer, even if Mandaloun isn’t awarded last year’s victory. 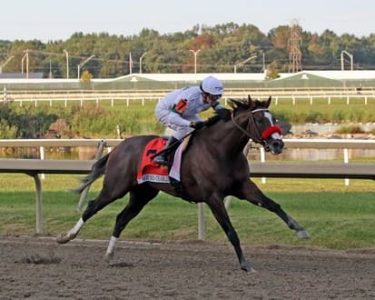 The Grade 2 Risen Star, which highlights a six-stakes card, drew a strong field led by Smile Happy, Slow Down Andy, Epicenter, Zandon, and Pappacap. It’s the finale of the all-stakes late pick 4, and let’s see if I can help you hit it.

Miles D. (5) returns for Chad Brown after beating the talented Speakers Corner in the 1 1/8-mile Discovery at Aqueduct. A strong finisher who likes two turns, he should be able to track what shapes up as a moderate pace. Olympiad (4) should be on or near the front and could still be there at the eighth pole if Junior Alvarado can slow things down. I’m spreading later, and I’ll use just these two.

Santin (3) looks like another colt with a future for superpower Godolphin after his strong run in the Grade 1 Hollywood Derby. He overcame post 14 and missed by a neck, surging the final furlong in a shade over 11 seconds. Grade 1 winner Two Emmys (11) is always a threat to go wire to wire and must be used defensively. Largent (10) comes off a rare bad day, fourth at 3-5 odds in a Grade 3 at Gulfstream. Improvement expected. The wild card is Adhamo (5), a Group 3 winner in France making his U.S. debut for Chad Brown. He chased standouts St Mark’s Basilica (Aidan O’Brien) and Magny Cours (Andre Fabre) last year, and he gets first-time Lasix and major class relief. I’m throwing him in just in case.

For the finale, I’m hoping to be alive to four promising colts. 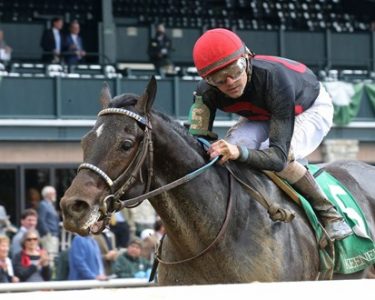 The favorite will be Grade 2 Kentucky Jockey Club Juvenile winner Smile Happy (8), 2-for-2 by a total of 8 3/4 lengths. Many are buying into him, because he was the 8-1 favorite among individual entries in Pool 3 of the Derby Future wager. He has that rare ability to sit in midpack before spurting clear in the stretch.

His main rivals are Pappacap, Epicenter, Zandon and Slow Down Andy. All have solid credentials, but I’m leaving out Pappacap despite his two runner-up efforts against division champ Corniche. He failed to gain ground in the stretch in his past four races, and he’s going 1 1/8 miles for the first time. He also could be overbet, as he was last time when third at 3-2 odds despite a perfect trip in the Grade 3 Lecomte.

Epicenter (5), the likely pacesetter, led the Lecomte until 28-1 closer Call Me Midnight nailed him by a head. He should be in front at the eighth pole again. Zandon (7) also was unlucky last out, beaten a nose after being bumped near the wire in the 1 1/8-mile, Grade 2 Remsen. That was just his second start, and he’s the only one in this field who’s gone 9 furlongs. You have to respect California shipper Slow Down Andy (10) based on the colt he beat by a length in the Grade 2 Los Alamitos Futurity. That would be Messier, who subsequently crushed the Grade 3 Robert Lewis by 15 lengths.

So here are the numbers: