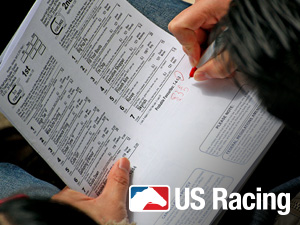 Classic Causeway bolted to the lead out of the gate, and before the 8-5 favorite reached the turn, he had company on his outside. Little Vic, a 13-1 shot, applied pressure immediately, and the two went head and head down the backstretch. The fractions were quick — 22.66 seconds for a quarter-mile, 46.67 to the half — and most observers figured the pace would set it up for a closer. Not so.

Entering the stretch, Little Vic cracked, Irad Ortiz Jr. asked Classic Causeway to run, and within a few strides the Sam F. Davis Stakes was over. Classic Causeway drew off by 3 3/4 lengths from late-running Shipsational at Tampa Bay Downs, and the way he won made you think he has a future on the Triple Crown trail.

“It was a great effort,” trainer Brian Lynch said. “He showed up today. We always hoped he was of this quality, and in the first start of his 3-year-old year he took the step he needed to keep the dream alive.”

The field that Classic Causeway routed wasn’t very good, and neither is the group he’s facing Saturday in the Tampa Bay Derby at 1 1/16 miles, the same distance as the Sam F. Davis. Shipsational returns, and new shooter Major General is a 2-for-2 stakes winner around two turns for Todd Pletcher. I can’t recommend any of the others.

I think Classic Causeway will perform an encore. If he does, he’ll pick up 50 Derby qualifying points and will have to be taken seriously as a contender for the May 7 classic.

A 5-furlong breeze in 59.80 seconds at Palm Meadows should have him on edge.

The Tampa Bay Derby is the final leg of a Pick 3 that begins with wide-open grass races. I’m going to single Classic Causeway (4) and spread all over in the turf events. Unfortunately, the extended forecast calls for a 95% chance of rain. Let’s hope they’re not switched to the main track.

I’m using six of the nine runners and rooting for a longshot to come in. Spicer (6) and French import Dolce Zel (3) come in off layoffs for Chad Brown, who’s an insane 14-for-31 (45%) this year at Tampa Bay Downs. The Ortiz brothers are riding, with Irad on Dolce Zel and Jose on Spicer. I won’t risk leaving either out because I’ve been burned doing that.

Mrs. Barbara (1) is 0-for-3 on grass but ran OK twice against solid competition. A pair of two-turn wins on synthetic at Woodbine make me think she could be a threat in her first two-turn grass race. Alittleloveandluck (7) won an ungraded turf stakes at Gulfstream and ran second on dirt last time to the talented Nest. Ambitieuse (9) was second to turf-stakes winner Opalina. Shug McGaughey’s On Alert (8) is a strong closer who’s improving.

Ben’s Malice (1) makes his stakes debut after two wins and two seconds in four turf tries. Wake Surf (2), by hot young grass sire Classic Empire, is 1-for-3 on turf and eligible to improve. Heaven Street (5) is quick early and 2-for-2 at the distance on turf for Christophe Clement. Fort Washington (6) looked good coming off the pace in his only two starts, both on grass, for McGaughey. Gingrich (8) is just 1-for-5 on grass but ran well twice on rain-softened ground, which he may get. His only weak race was his debut at 5 1/2 furlongs.

And good luck because we’ll need it.