Tampa Bay Derby: Classic Causeway The One To Beat

If at first you do succeed, you might as well try to do it again.

That’s the way trainer Brian Lynch is thinking as he prepares to send out favorite Classic Causeway in the $400,000 Tampa Bay Derby (G2) on Saturday at Tampa Bay Downs. 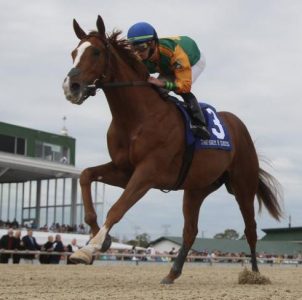 Classic Causeway shook off all challenges on the lead to win the Sam F. Davis Stakes. Photo curtesy of SV Photography

Classic Causeway cruised to a 3 ¼-length victory over Shipsational in the Sam F. Davis (G3) at Tampa Bay Downs on Feb. 12. And while Lynch’s colt has been training at Palm Meadows in Boynton Beach, Florida, it was an easy decision to return to the scene of that last victory.

“He came out of the (Sam F. Davis) very well, he’s carrying good weight and he has great energy, so we’re counting our blessings,” Lynch said. “He seemed to really like the racetrack, so we thought the smart thing was to take him back over there and have a crack at the Tampa Bay Derby.”

After a solid workout at Palm Meadows on March 5 – 5 furlongs in 59.5 — Classic Causeway takes on 11 rivals in the 1 1/16-mile Tampa Bay Derby, including Shipsational and Major General.

Classic Causeway is the 5-4 favorite in odds released Wednesday by BUSR, with Sam F. Davis runner-up the 4-1 second choice and Major General at 6-1.

“Classic Causeway is the standout favorite, but punters expecting a rerun of the Sam F. Davis Stakes with a Classic Causeway/Shipsational 1-2 could be disappointed,’’ BUSR spokesman James Ross said. “We’ve seen plenty of interest in some of the lesser exposed contenders, and the lightly-raced scrapper Major General looks the pick of the bunch with his perfect 2-for-2 record last year.” 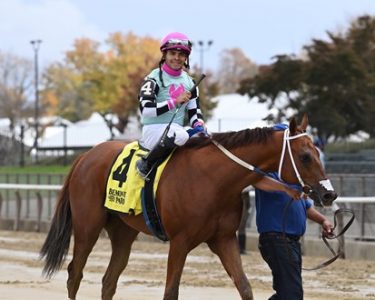 The Tampa Bay Derby offers Kentucky Derby (G1) qualifying points of 50-20-10-5 to the first four finishers. Classic Causeway already has 16 points – 10 from his Sam F. Davis win, four for finishing second in the Kentucky Jockey Club (G2) and two for a third in the Breeders’ Futurity (G1). He’s currently 11th on the leaderboard.

In 41 runnings of the Tampa Bay Derby, two winners went on to take the Kentucky Derby, Street Sense in 2007 and Super Saver 2010. The last horse to pull off the Davis-Tampa Bay Derby double was Destin in 2016.

“We’ve been fortunate to not miss a beat with him,” Lynch said. “He has had two strong workouts, and he is on schedule to go back to a track he really liked. We’re looking forward to getting back over there.”

Irad Ortiz, Jr. also returns to Tampa to ride. The last time Ortiz came to the track he won five races, capped off with his win in the Sam F. Davis.

Depending on the results, Lynch said Classic Causeway would either run in the Blue Grass (G1) at Keeneland on April 9 as a final prep or simply train up to the May 7 Run for the Roses.

Shipsational came on strong in the stretch to be second in the Sam F. Davis, giving trainer Ed Barker confidence there’s more in the tank. The colt has won three of five starts and will be ridden by Manny Franco. Barker, 76, is looking for his first starter in the Kentucky Derby.

Todd Pletcher’s Major General, 2-for-2 in 2021 with one win in the Iroquois (G3) at Churchill Downs on Sept. 18, makes his 3-year-old debut. He will be ridden by Javier Castellano.