The royal blue silks of Godolphin have dominated international racing since the Nineties. This weekend the blue wave became a tsunami with three victories at Del Mar, where “The Turf Meets the Surf.” 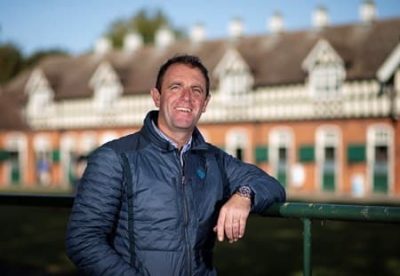 Trainer Charlie Appleby spearheaded Godolphin’s all-conquering year, in which Sheikh Mohammed al Maktoum’s superpower swept England’s two most prestigious races, the Epsom Derby and the King George and Queen Elizabeth II Stakes, with Adayar. Appleby was just as formidable on this side of the Atlantic, going 7-for-12 in stakes in America.

He capped the season Saturday with a spectacular Breeders’ Cup weekend, finishing with an 8-1 upset by Yibir in the $4 million Turf (G1) after taking the Mile (G1) and the Juvenile Turf (G1).

William Buick rode all three winners, and Yibir was the only pari-mutuel surprise. The 3-year-old gelding came from far back with a powerful surge, blowing past Aidan O’Brien’s Broome, who looked like a sure thing in mid-stretch before Yibir took off.

“It’s amazing,” Buick said. “I’m privileged to be in the position to ride for Charlie and Sheikh Mohammed. To be honest, I can’t quite believe what this horse did today. Early on I was concerned because he was pulling my arms out, but when I asked him the question, he took off.”

Yibir paid $19 for his third consecutive win in a megabucks stakes. He hadn’t run since going last to first Sept. 8 in the $1 million, 1 1/2-mile Jockey Club Derby Invitational at Belmont Park. The Turf was his first Grade 1 victory. The time for 12 furlongs on firm ground was 2:25.90, a course-record.

Broome, an 8-1 shot, finished a half-length behind, and 3-year-old filly Teona completed a 1-2-3 finish for the Europeans. Ireland’s defending champion, Tarnawa, the 3-2 favorite, never got involved and came in 11th.

The low-key, humble Appleby deflected credit for the monster year.

“My team did a great job taking care of the horses, and this has been great for His Highness Sheikh Mohammed and Godolphin. And then the Turf, that was the icing. What a fantastic weekend,’’ he said. 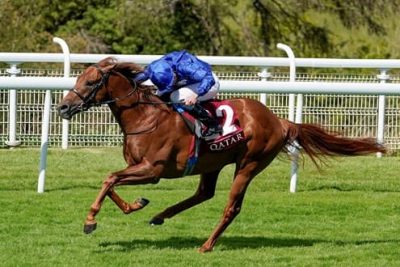 Same thing, but a bit different. At least this time the bettors were able to collect on the horse who finished first.

For the second consecutive day, a Godolphin colt trained by Appleby reared in the gate and was scratched. This time his other horse wasn’t scratched by mistake, and Buick rode 2-1 favorite Space Blues to victory in the $2 million Mile. On Friday, Buick won on Modern Games (running for purse money only) in the Juvenile Turf.

“It’s a couple of interesting races we’ve had to watch in the last 24 hours,” Appleby said, proving once again that when it comes to understatement, nobody tops the Brits.

“I’m absolutely delighted. It was an interesting race beforehand with Master of the Seas being scratched, but we’re getting used to that now,’’ he said.

Buick saved ground just behind the speed before tipping out entering the stretch and running down pacesetter Smooth Like Strait, a 10-1 shot who finished a half-length behind. Third was 24-1 Ivar. Space Blues paid $6.20 after a mile in 1:34.01.

“I expected a little more pace,” Buick said. “I know my horse has a great turn of foot, but the mile stretches him a bit, so I was happy it wasn’t too fast a pace.” 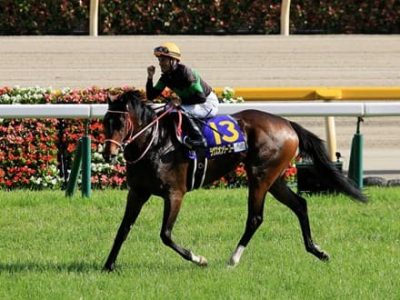 Loves Only You – Photo Courtesy of Naoji Inada

It was an hour before dawn in Tokyo, but for racing fans in the Land of the Rising Sun, it was a shining moment. When their heroine, Loves Only You, surged between horses in the final furlong to win the $2 million Filly & Mare Turf (G1), it touched off a national celebration before breakfast. It got even crazier two hours later when Japan’s 49-1 shot Marche Lorraine pulled a shocker in the Distaff (G1).

The 5-year-old world traveler defeated late-running 25-1 shot My Sister Nat by a half-length, with 5-2 favorite War Like Goddess a close third. Defending champion Audarya was fifth. War Like Goddess briefly looked like a winner in mid-stretch after taking the lead with a five-wide sweep on the turn, but she couldn’t hang on and lost second in the final strides.

“I’m so excited, and I’m so proud of her,” rider Yuga Kawada said.

Trainer Yoshito Yahagi has won major stakes in Japan and Hong Kong, and this one ranks with his finest moments, along with Marche Lorraine’s gigantic upset.

“We made history in Japanese horse racing,” Yahagi said after a wild celebration. “I’d like to say thank you to Loves Only You. My horse did a great job. We’re really delighted.” 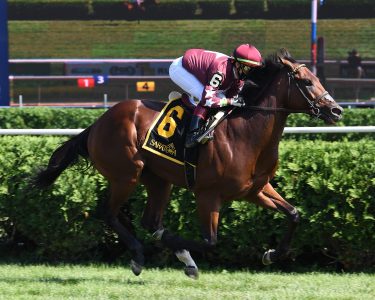 Golden Pal blasted out of the gate and opened a two-length lead. Lieutenant Dan chased him hard from the start in second but never caught up, and that was the $32 exacta in the Turf Sprint (G1). The margin was 1 1/4 lengths, and the time for 5 furlongs on firm ground was 54.75 seconds, which equaled the course record.

Superstar rider Irad Ortiz, Jr. is 4-for-4 on Wesley Ward’s Golden Pal. He also won the Juvenile Turf Sprint (G2) with Twilight Gleaming on Friday for Ward, the first American trainer to excel in turf sprints in England and France.

“I asked him to get out of there, and he broke like a shot,” Ortiz said. “He’s a special horse. From Day One, Wesley told me he loved this horse.”

The son of Uncle Mo paid $7 as the favorite and improved to 5-for-7 on grass. He won the Juvenile Turf Sprint last year at Keeneland, and he’s the fifth horse to take different races in the Cup’s 38-year history.

“He’s got the title, he’s the best I’ve had so far,” said Ward, who earned his fifth Breeders’ Cup trophy. “He has so much natural ability. What a horse. I hope everybody in racing has a horse like him, as special as he is.”