Will California Chrome Shine in Dubai

California Chrome is dual classic winner, winning the 2014 Kentucky Derby and Preakness Stakes. Since 2014, California Chrome has run 13 times (finishing in the top three 11 times), at seven different tracks, in two different countries. He won his first start off the bench after a 10-month layoff. Then, he went back to Dubai and won his second race of 2016 — with disdainful ease.

Despite these accomplishments, California Chrome may not be the favorite to win this year’s edition of the Dubai World Cup.

California Chrome is easily the most accomplished horse in the 12-horse field. It is a rare occurrence when he doesn’t fire his best shot and, even then, he typically is good enough to be in the hunt when the field crosses the wire. So, why does this amazingly talented, unbelievably consistent horse get no respect? 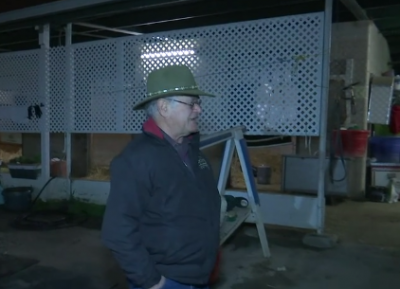 A good deal of people can’t stand the horse because of various things his previous ownership did during his 2014 campaign. They will tell you it is because they think he has beaten weaker horses and simply just doesn’t measure up. That argument is a cover-up, because after you look at the above stats, it’s pretty easy to see that he has traveled to face the very best, not only in this country, but in the world.

This horse should be the favorite for the 2016 Dubai World Cup. The only horse that should be close to him is Frosted, but let’s be clear: that one has done nothing to convince anyone that he is better than California Chrome.

Frosted spent the better part of 2015 chasing American Pharoah. He showed that he was capable of winning away from that one’s shadow, but he’s never displayed the ability or the consistency that California Chrome has. It’s true that he could be on the verge of a fantastic season, but he will need to prove that he is a changed horse. Just because there is no American Pharoah on the racing scene anymore, doesn’t mean there is a lack of strong competition.

California Chrome has proven ultra-consistent, no matter whom he faces. Even when he has been mismanaged, he has still overcome that mismanagement to run well in the best company. 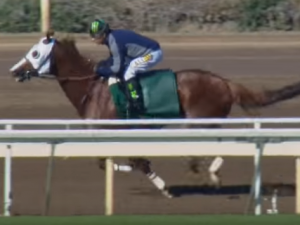 California Chrome works out at Santa Anita in January.

Last year, under different management, California Chrome finished second in this very race… but his preparation was very different. He prepped only once, which was here in the United States, going 1 1/16 miles about a month before the Dubai World Cup (which is run at about 1 ¼ miles). That is over a quarter of a mile longer, or 550 yards. Despite the lack of preparation, California Chrome still finished second.

This year, the Dubai World Cup will be California Chrome’s third race of the season. He prepped once here, at 1 1/16 miles, this time in early January, before shipping over to Dubai nearly two months before the big day. Then, after a month of settling in, he was given a prep race at the Dubai World Cup distance over the Meydan track.

The new ownership has done everything right by California Chrome and he has rewarded them with two big wins. Victor Espinoza (his regular pilot) and Alan and Art Sherman (assistant trainer and trainer) all say that California Chrome is in the best form of his life right now.

California Chrome is coming into the Dubai World Cup the right way and if he’s proven anything to us, it is that when he’s right, he wins big.

California Chrome is in the best form of his life. Now is not the time to underestimate him.