The Lineup: Champions Saturday at Ascot

And now, a slight TV upgrade for your horse racing viewing pleasure: FOX Sports will have live coverage of British Champions Day from Ascot Racecourse in England on Saturday.

The New York Racing Association has partnered with FOX, and England’s richest day of racing will air on FS2 from 8-11:30 a.m. (ET).

America’s Day at the Races will feature live racing from Belmont Park, from 12:30-3:30 p.m., on FS2. TVG will have its usual live coverage of races from tracks around the country.

Belmont and Keeneland continue this weekend, with the Queen Elizabeth II Challenge Cup Stakes (G1) at Keeneland and the Sands Point (G3) at Belmont, both on Saturday, the main events.

A brief rundown of the races: 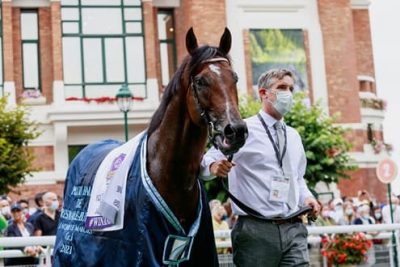 This appears to one of the best races of the day at Ascot, with the mighty Palace Pier out to avenge the only defeat of his 10-race career – a third-place finish in this race last year behind The Revenant, who is back to try and win it again.

Baaeed won the Group 1 Prix De Moulin at Longchamp in his previous race. Palace Pier, who will be ridden by Frankie Dettori, comes into the race with four wins in a row, most recently the Group 1 Prix du Haras de Fresnay at Deauville.

Among others in the field are Benbatl and Master of the Seas.

A rematch featuring Mishriff versus Adayar in a field of 10. These top horses go at each other again in a much-anticipated matchup. It was Adayar who topped Mishriff in the King George VI and Queen Elizabeth Stakes (G1) on July 24 in Ascot.

Mishriff, listed at 7-4, comes into the race for trainer John Gosden off an impressive six-length win in the Juddmonte Invitational (G1) on Aug. 18 at York; Adayar (15-8), trained by Charlie Appleby, ran fourth in the Prix de l’Arc de Triomphe on Oct. 3.

“We’re happy to meet him over the mile and a quarter, which is the trip where we believe Adayar’s potential lies at four next year,” Appleby told The Racing Post. 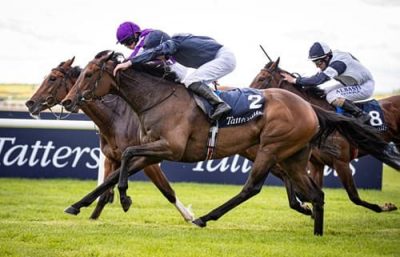 Empress Josephine is the 3-1 favorite in a field of 10 for trainer Aidan O’Brien. The most seasoned filly in a tough field comes into the race off just six days rest after running third in the First Lady Stakes (G1) at Keeneland. It was her first race in the U.S. after seven races in Europe, including a win in the Group 1 Irish One Thousand Guineas. Shantisara and Technical Analysis, both trained by Chad Brown, are at 7 -2 and 4-1, respectively.

Higher Truth may be ready to reach the winner’s circle in her first graded stakes race and is the 2-1 favorite for trainer Chad Brown in a field of eight.

Harajuku is the 3-1 second choice for trainer H. Graham Motion and comes into the race off a third-place finish in the Jockey Club Oaks Invitational – her first start in the U.S. after the first nine races of her career in Europe.