The Farrell Report: Spotlight on Keeneland in Runup to Breeders’ Cup; Bye-bye Arlington

“Better late than never” applies as Keeneland, the historic racetrack in the heart of horse country, opens its brief fall meet on Friday.

Keeneland arrives late to the Breeders’ Cup “Win and You’re In” program, the qualifying races that assure the winners berths in the upcoming championships on Nov. 5 and 6 at Del Mar.

We had a flurry of “WAYI” action last weekend that produced some notable results. There was Medina Spirit taking the Awesome Again and Echo Zulu romping in the Frizette, to mention only two of the standout winners now Cup bound.

There will be nine “WAYI” slots on the line over Keeneland’s Fall Stars Weekend from Friday through Sunday. 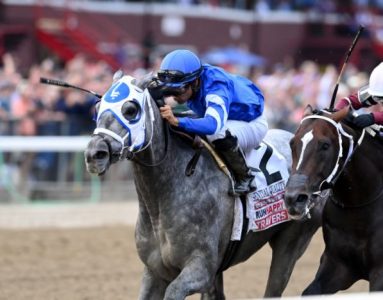 The timing is interesting, with Fall Stars Weekend scheduled exactly four weeks before the Breeders’ Cup. Old-school horsemen believed that was a sufficient interval for a horse to recover between major efforts. Some would say it’s too long a stretch.

This is a different era where stakes horses are given plenty of time between engagements. A case in point: Essential Quality who won the Travers (G1) at Saratoga on Aug. 28 and won’t re-emerge until the Classic (G1), the concluding race of the Breeders’ Cup.

It will be interesting to see how the Keeneland runners fare on what now is considered short rest.

For those keeping score at home, here is the ‘WAYI’ lineup this weekend at Keeneland:

Friday starts with the Alcibiades (G1) for 2-year-old fillies and the Phoenix (G2) for sprinters.

Saturday features the Turf Mile (G1), the Breeders’ Futurity (G1) for 2-year-olds, the First Lady (G1) for fillies and mares on the turf and the Thoroughbred Club of America (G2) for filly and mare sprinters.

The stakes-fest concludes Sunday with the Bourbon (G2) for 2-year-old fillies on the turf, the Indian Summer for 2-year-old grass sprinters and the Spinster (G1) for fillies and mares.

The Turf Mile is the richest of the nine stakes with a $750,000 purse, and spotlights an old familiar friend in Ivar, winner of this race last year. That victory earned him a spot in the Breeders’ Cup Mile (G1) where he finished fourth, beaten only two lengths, over this same course. 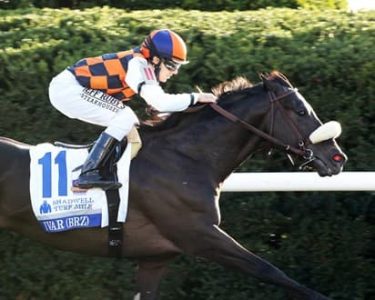 In his lone race this year, the Brazilian-bred Ivar was sixth in the Turf Classic (G1) on the Kentucky Derby (G1) undercard.

His extended vacation from Churchill Downs to Keeneland makes Essential Quality’s time off seem like a catnap.

“He is doing very well,” trainer Paulo Lobo said of Ivar. “He had a minor setback after that race, but he has been working steadily (since the end of July) and never has missed a work.”

The Keeneland meet continues through Oct. 30 and there will be fans in the stands once again after the last three meets were limited by COVID-19 restrictions. All is not yet normal.

All admissions, including dining, must be purchased in advance. There will be no cash sales at the gate. And there will be crowd limits, capped at 20,000.

While Keeneland reopens to continue one of racing’s great traditions, we sadly note the demise of Arlington International.

Churchill Downs didn’t have the decency to give the long-time hub of Midwest racing a decent burial. The corpse was barely cold after the final race when Churchill announced the sale of the property to the Chicago Bears for the construction of a new stadium.

That announcement dashed any prospect of a miracle to save one of the sport’s great showplaces with a rich and vibrant history. Like Hollywood Park, Arlington will soon be replaced by a glittering football palace.

As turf columnist Jay Hovdey recently pointed out, it’s all about property. And the property underneath many tracks is far more valuable than the racing operation.

Politicians make their usual empty gestures and Chicago mayor Lori Lightfoot was no exception. She paid lip service to keeping the team in their home city but never had the will, or the political muscle, to pull it off.

So, it’s farewell Arlington International. Sadly, you won’t be the last track to face such an ignominious end.