Southwest Stakes Betting Odds: Silver Prospector was the beneficiary of a perfect trip along the rail;  and then ran past pace-setter Wells Bayou in

The victory gives trainer Steve Asmussen a solid contender for the Kentucky Derby (G1), a race the Hall of Famer has yet to win.

Ridden by Ricardo Santana, Jr., Asmussen’s go-to jockey, Silver Prospector ($11.40) cruised along in third until the field of nine rounded the final turn. When Santana asked for more, the gray son of Declaration of War took off and won by one length. 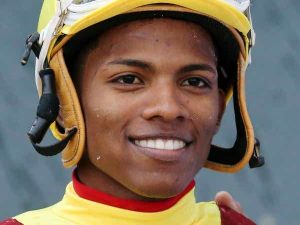 Wells Bayou ran well on the lead under Florent Geroux; and held on for second, with Answer In getting third.

The win was worth 10 Derby qualifying points for Silver Prospector, who now has 21 points and ranks sixth on the leaderboard. Next up for the 30-year-old owned by Ed and Susie Orr; is the Rebel Stakes (G2) at Oaklawn on March 14, a race that offers Derby qualifying points of 50-20-10-5 for the first four finishers. The colt’s final prep would be the Arkansas Derby (G1) on April 11.

Unlike the Smarty Jones Stakes (G3) on Jan. 24, when Silver Prospector was well back in the pack before finishing fourth, the Southwest plan called for Santana to be closer to the pace.

“The horse ran a little sharper,’’ said Asmussen. “He was a little too far back in the Smarty Jones, and Ricardo put him in the race (today). We learned from that and he was in a good position all the way around.”

“We’re all aimed at the Derby, and I feel good about the race he ran here,’’ said Asmussen of Silver Prospector. “And having the Rebel and Arkansas Derby left on the calendar; and with him having a win at Churchill Downs on the dirt, we feel really good.

Silver Prospector picked up his third victory in eight career starts; with one of those wins coming in the Kentucky Jockey Club Stakes (G2) at Churchill Downs over Tiz the Law, and has earned $713,051.

Earlier on the card, favorite Warrior’s Charge ($8) outdueled Bankit in the stretch; allowing him to win the $500,000 Razorback Handicap (G3) by a head for trainer Brad Cox. Math Wizard finished eighth.

Register now for an account with UsRacing.com, and grab your action with the best Southwest Stakes Betting Odds!