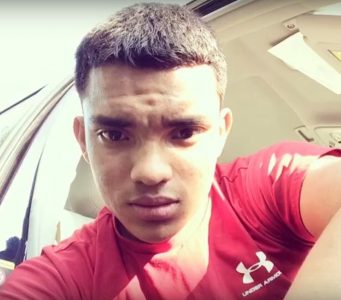 I admit I was completely on board with the Kentucky Derby disqualification. I don’t think I had any better reason than, in my gut, I felt like Maximum Security’s altered course as he passed the quarter pole at Churchill Downs did impact at least two rivals, but more likely three if you include Bodexpress, who I think was just switching into a higher gear for a stretch run when he was pinched back.

I also didn’t think Bodexpress, as a maiden, belonged in the Derby to begin with. So, admitting he could have been putting in a potential bid for a placing goes against everything I believed in going into the Derby. I’m wrong on occasion and, as much as I hate to admit it, I will.

I know the argument and have heard it countless times: “but a huge pileup didn’t happen.” Regardless, knowing it was perilously close is enough for me.

And like almost every racing fan, I watched the dozens of videos and photos and screen shots of all angles posted to Twitter and Facebook and on blogs, newspaper articles and even the television news. Initially, I commented and shared and discussed the situation with my many friends both in and out of the industry, but when things turned ugly, as things tend to do on social media these days, and people attacked the owners for wanting to sue and their supporters attacked those who didn’t agree, I stepped back and just watched and read. To say it’s been a bit of a circus is an understatement.

Full disclosure: I sincerely believe filing suit over this situation potentially opens the door to legal action for any owner or trainer who ever has had — or will have — their horse disqualified and, therefore, creates a stream of what could amount to frivolous and expensive lawsuits in an industry where racing commissions don’t have money to spare. It should be a firmly held belief for everyone who has been in this business for any amount of time that DQs don’t always go in your favor, whether you’re a horseman or a handicapper and whether it be in a lower-level claiming race or in the Kentucky Derby.

As much as I believe in due process, disqualifications are part of the game and I think threatening legal action does more harm than good. To me, it’s unsportsmanlike and it doesn’t reflect well on Maximum Security’s owners when, otherwise, their reputations are beyond reproach.

With all of this said, at no time did I ever think that jockey Luis Saez did anything intentionally or even carelessly. He has had a bit of a history of reckless riding with ten infractions over the past few years, including one pending in New York, and I even retweeted someone who had looked this up early last week — but only as food for thought, not as a condemnation of his ride.

In the Kentucky Derby, his trip and his decisions were a result of the conditions of the race aboard a young and inexperienced horse, not because he meant to do it or showed some sort of reckless abandon in an attempt to win. I could go into all the details, but I’ll just leave it with that. Everyone knows it was a wet track, 19 horses are a lot, it was dark, there were lights flashing and young horses in front of 150,000 people are bound to spook.

So, yeah, I was a bit flabbergasted today to read that Saez was suspended by the Kentucky Horse Racing Commission (KHRC) for 15 race days (not calendar days) for his Kentucky Derby ride. That’s not even a standard punishment for a riding infraction, that’s a hefty punishment meant to send some sort of a message. What message that is has yet to be determined. And, to an outsider, it says that his ride on Maximum Security was indeed reckless or that the stewards believed he meant to cross paths to inhibit a rival.

In looking at just the calendar year 2018 and jockey suspensions handed out by the KHRC for careless riding, each incident and each jockey received just three days. That seems to be the standard punishment for a disqualification. Even Chris Landeros, who was aboard Bodexpress in the Derby, received two separate three-day suspensions for careless riding within a month of each other.

Several other jockeys, including Hall of Famer Calvin Borel, received similar punishments — but none more than three days. Additionally, there seems to be no written precedent for the number of days handed out, though three seems to be standard. There is no rule or guideline available on the Kentucky Horse Racing Commission website explaining how or why punishments are handed out for these infractions. They are clearly arbitrary.

To add insult to injury, Hall of Fame jockey Javier Castellano did not receive days for his ride aboard champion Jaywalk in the previous day’s Kentucky Oaks. The filly finished sixth, but was disqualified and placed 13th and last for an incident a few strides out of the gate, where she crossed over into the path of rival Positive Spirit, causing the latter to clip heels and fall. Jockey Manny Franco was uninjured and Positive Spirit will race again, but what does the non-punishment of the rider who caused the incident say compared to the punishment of Saez?

It’s also important for me to say that I don’t think Castellano deserved days either, as I believe he wasn’t riding in a careless or intentional manner either. But why Saez received punishment — and a harsh one at that — and Castellano didn’t is mind boggling. Everyone talks about uniformity in everything in the game from track to track or state to state, but how about some jurisdictions just start with uniformity on their own playing fields?

I hope Saez appeals and fights this suspension as far as it goes until it’s reversed. Normally I think riders should take the days and am always surprised when they fight them, even considering the designated race rule. But, this time, I hope Saez stands up for himself and I hope he parades a stream of witnesses before the Racing Commission who will testify to the common sense argument that the incident in the Kentucky Derby was unfortunate, yet not deliberate.