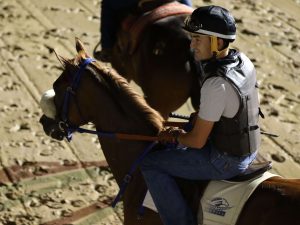 Are we going to have a female winner on the Preakness Stakes 2020?

Women in the Preakness Stakes