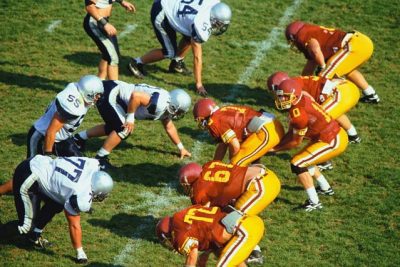 If you’re like me — and I pray on behalf of your family and friends that you’re not — Thanksgiving means three things: ponies, pigskins and puking. Well, hopefully not the latter; that hasn’t been an issue for me since I learned that microwaving a turkey wasn’t a great idea.

So, in addition to offering my betting reports on some of Thursday’s better races, I’m also including a few National Football League nuggets o’ wisdom to peruse while grandma is dipping a bit too heavily into the eggnog.

From the NFL Communications:

The INDIANAPOLIS COLTS rank second in the NFL with only 10 sacks allowed this season and have not given up a sack in five consecutive games. On Sunday against Miami (4:25 PM ET, CBS), Indianapolis can become the fourth team to allow zero sacks in six consecutive games during a single season since 1963 (when team sacks became an official statistic).

The teams with the most consecutive games without allowing a sack in a season since 1963:

Carolina defensive end JULIUS PEPPERS recorded a sack in Week 11 and has 158 ½ during his 17-year NFL career. With at least two sacks on Sunday against Seattle (1:00 PM ET, FOX), Peppers would surpass Pro Football Hall of Famer KEVIN GREENE (160 sacks) for the third-most sacks since 1982 (when individual sacks became an official statistic).

The players with the most sacks since 1982:

*In Pro Football Hall of Fame.

Los Angeles Chargers quarterback PHILIP RIVERS is tied for third in the AFC with 23 touchdown passes this season and has thrown for at least 25 touchdowns in 10 consecutive seasons.

The players with the most consecutive seasons with at least 25 touchdown passes in NFL history:

AARON RODGERS has thrown 26 touchdowns against zero interceptions for a 115.6 passer rating in his past 10 games against NFC North opponents.

The players with the most consecutive touchdowns without an interception against any division since 2002:

Pittsburgh wide receiver ANTONIO BROWN ties for the league-lead with 11 touchdown receptions in 2018 and has recorded at least one touchdown catch in eight consecutive games.

The players with the most consecutive games with a touchdown reception within a single season in NFL history: