My Day with Jonathan Horowitz of Arapahoe Park 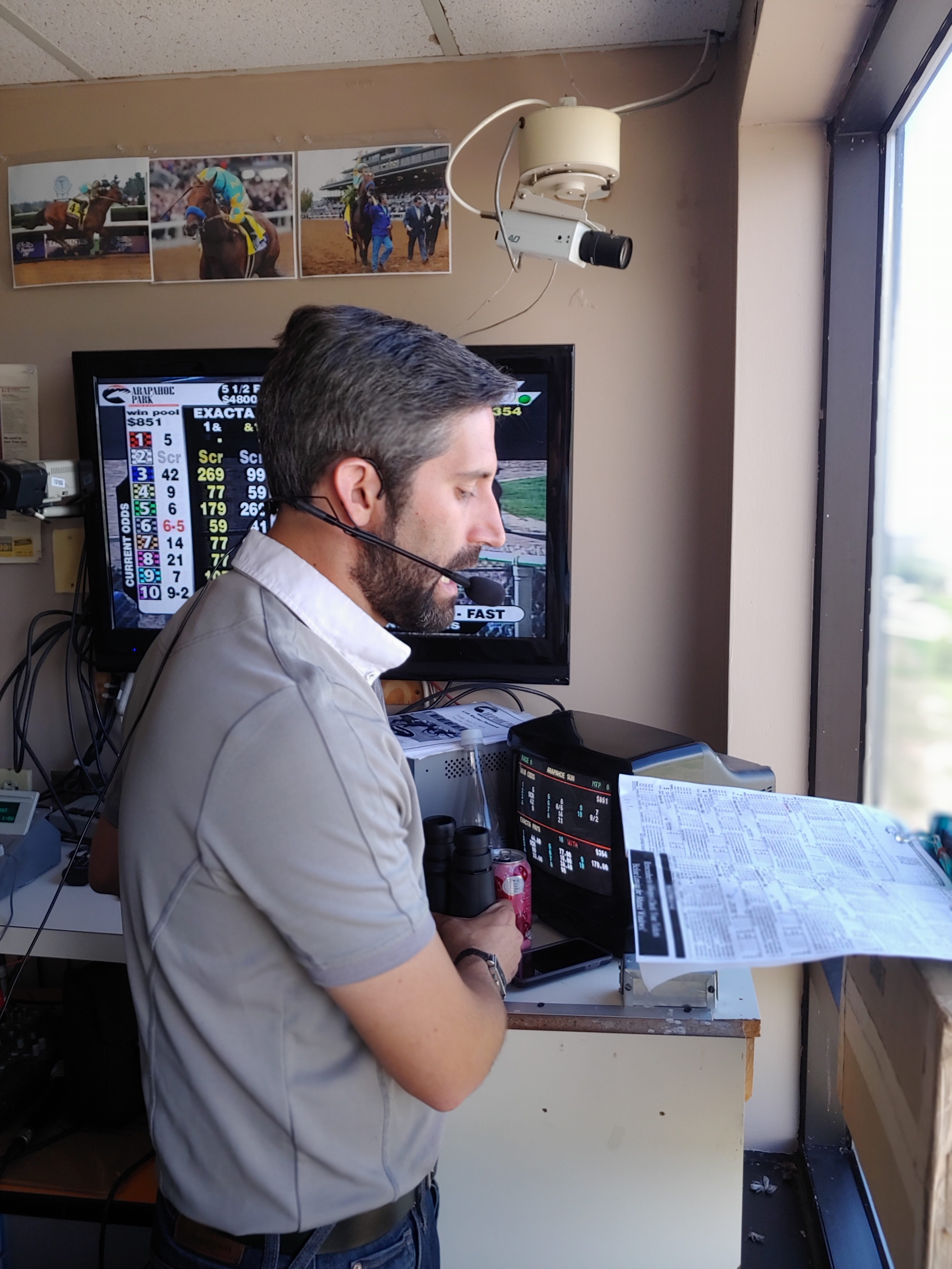 My day at Arapahoe Park on Sunday, Aug. 5, 2018, definitely started out as the latter.

First, I decided to go to the gym before leaving for the track and I made my pre-workout drink just a tad too strong, which left me feeling shaky and slightly faint  (dumb move number one). But, with Eye of the Tiger on my MP3 player to spur me on, I gutted through an hour workout and, then, hit the road. 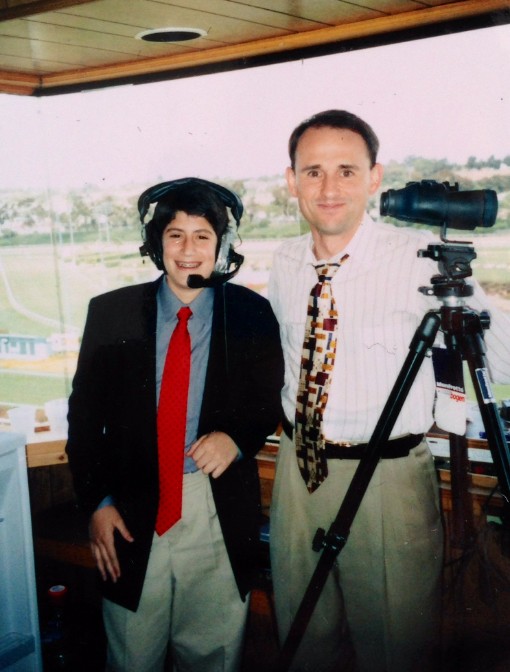 On the way to the track, which is located in the middle of nowhere (I passed a fruit stand on the way), I was one car behind an accident at the intersection of Quincy and Gun Club Road — and it kind of shook me. While it didn’t appear to be serious, it reminded me how fragile life can be and how one bad decision — it looked like both drivers were trying to beat the light — could be one’s last. The sound of the crash reverberated in my head for the rest of the journey.

Still, I had high hopes for the day. I was looking forward to talking to track announcer Jonathan Horowitz and I had a 5-1 shot that I absolutely loved in the seventh race.

After finding a place to park, I waited out a mini-rainstorm (dumb move number two) and made my way to the entrance, gulping down an energy drink on the way.

The seventh race was just going off when I got inside. Of course, my horse, Jess Stormie, won and paid $7.40.

With a grimace, I decided to hunt down Jonathan right away and things instantly picked up. The head of security — a guy named Todd, if memory serves — was very accommodating and led me up to the roof. Yeah, I know that sounds bad, but he assured me that’s where Jonathan’s perch was.

I did as I was told and was relieved that I didn’t run into any scarecrows, lions, tin men or wicked witches.

I saw Jonathan immediately upon opening the doors to what looked like a utility room, but was actually a spacious, albeit muggy, building that housed several offices. I wanted to be nosy and find out exactly what kind of offices — I was still half-thinking I might see a wizard of some sort — but I refrained and followed Jonathan up another flight of stairs to where he called the races.

Dressed casually, but still nicer than me, Jonathan was affable and seemed genuinely interested in showing me the ropes. He even found a job that fit my skill set and allowed me to press a button signaling the call to post. I nearly screwed it up and hit the fire alarm, but I righted the ship at the last minute and the post parade went seamlessly.

In his early 30s, Jonathan told me he has been calling races for eight years at Arapahoe. After the running of the eighth race, we sat down and discussed his various duties at the Colorado racetrack.

All in all, it was a great visit and gave me a great appreciation for what race callers — especially those at smaller tracks — do.