Why Can’t Horseracing Fans Be Like Other Sports Fans?

Yesterday, I published a piece by my colleague Michael Cox entitled “Does Triple Crown Winner Justify Have a Weight Problem?” Right after I posted it, I sent Michael the following message:

I think you might get some grief for your last piece (posted today) — because people are very touchy at times — but I just wanted you to know that I really liked it.

Sure enough, the reaction was exactly what I expected.

In addition to the usual Billy Joel “we love you just the way you are” sentiments from horse lovers everywhere (no sarcasm intended), horse experts — both real and imagined — also chimed in.

The crux of their comments was that one needed to be experienced in equine care — through formal education or work experience — to opine on matters related to horses or horse racing.

I couldn’t disagree more and believe that it is this snobbish attitude that helps keep horse racing a second-tier sport. 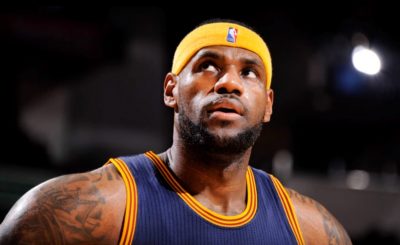 LeBron James is 6’8”, weighs 250-260 pounds, and is unquestionably one of the greatest basketball players of all time (regardless of what one may think of him personally). Yet, I have heard him called every name in the book— from “weak” to “soft” to “overrated” — by people who not only don’t look anything like him physically, but who can’t play basketball anywhere near his level.

But — and this is key — you will rarely hear these athletes respond in the same dismissive manner that many in the horseracing industry do.

I’ve personally been on the receiving end of lectures from people who look like they’ve never thrown a ball, lifted a weight or ran with any real purpose other than to catch the ice cream truck — but, by golly, they once worked as a hot walker at Arapahoe Park, so they know how to train racehorses. (My favorite tongue lashing came from a woman who acrimoniously accused me of being on steroids… after extolling the virtues of various performance-enhancing drugs used in racing. It was unreal.)

The truth is anybody who makes money betting on the races — or even breaks even — probably knows a thing or two about form cycles or has the ability to discern whether a horse looks ready to run or is off its game. In fact, there’s a great passage in Andrew Beyer’s first book (“Picking Winners”) relating to turf writer Clem Florio.

At a press conference prior to the 1965 Gulfstream Park Handicap, Florio noted that Gun Bow, who had just won the Donn Handicap by three lengths, looked “off” and he asked the horse’s trainer Eddie Neloy about it.

According to Beyer, the room fell silent and Neloy smiled.

“Don’t scare me like that,” the Hall of Fame conditioner said. “As far as I know, he’s all right.”

“When he worked six furlongs the other day, he went all right for half a mile and then he started to waddle,” Florio said.

“The other journalists in the room starting hissing, booing, and yelling, ‘Sit down!’ but Clem persisted,” Beyer wrote. “You’ve always said that Gun Bow has beautiful action. Can you explain what that waddling is?”

“I never noticed that he did it,” Neloy responded (presumably no longer smiling). “I think I should know my own horse.” 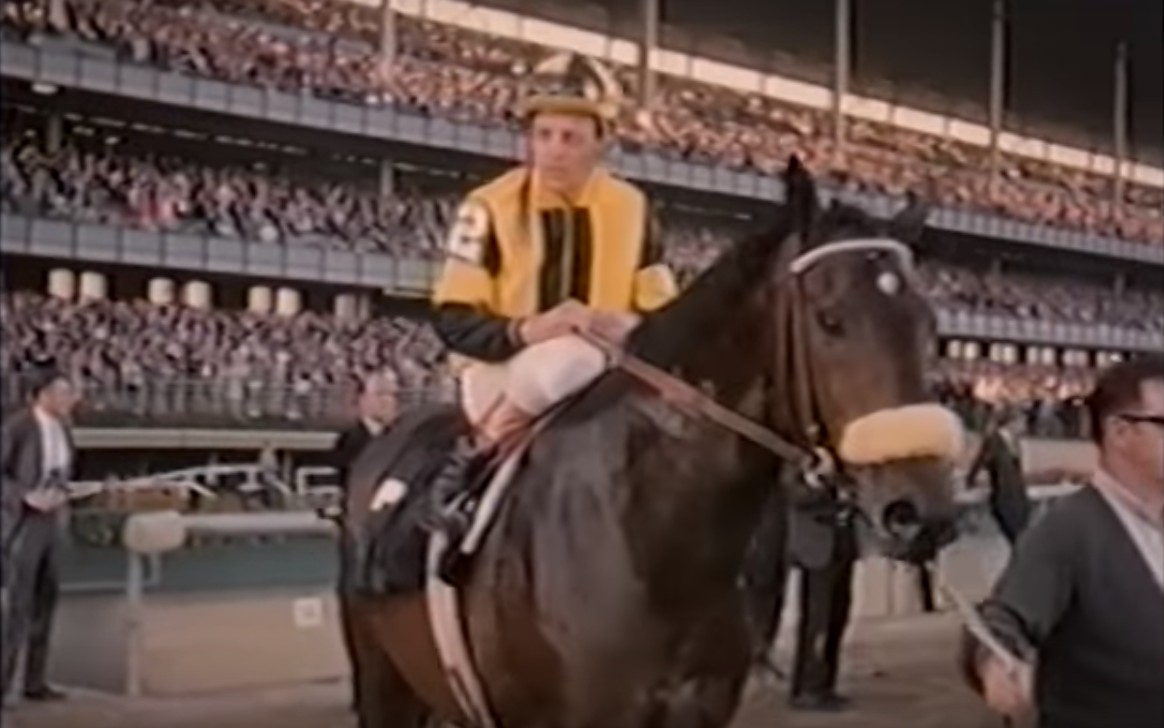 Gun Bow with jockey Walter Blum after narrowly defeating Kelso in the 1964 Woodward (photo via YouTube).

Beyer writes: “The next afternoon Clem watched intently through binoculars as the horses came onto the track for the $100,000 race [about $805,000 today]. Gun Bow looked good in the post parade; he wasn’t sweating and he was striding smoothly. But as he warmed up Clem noticed that his head was turned down and sideways — another sure sign, he thought, that something was bothering the champion. He also observed that a long-shot named Ampose looked extraordinarily fit and energetic on the track. Clem bet Ampose and saw his judgment fully confirmed as Ampose rallied to win and pay $33.40, while Gun Bow struggled to finish third [as the 3-5 favorite].”

I would bet that many horseplayers could tell similar tales.

Horses are not machines. They have good days and bad days, just like human athletes, and part of the handicapping process is determining how each horse is likely to run today. If the result of a race was solely determined by ability, horses like Secretariat and Spectacular Bid would never lose — but they did.

And we know that their trainers were often clueless as to why.

After Collected and Arrogate finished 1-2 in last year’s Pacific Classic (G1), you’d have thought Bob Baffert — who trained both horses — had lost his best friend. And his stated confidence in Arrogate in the upcoming Breeders’ Cup Classic (G1) seemed feigned, at least to me.

Arrogate, who began his career with seven wins from eight starts, ended it with three straight losses, including an off-the-board finish in the BC Classic.

My point here is that sports are all about differences of opinion. It’s alright to say that James is “overrated”. It’s fine to be critical of quarterback Jay Cutler’s decision-making ability. And, yes, it’s OK to question whether Justify is carrying too much weight and whether that additional weight is contributing to his reputed injuries.

In a game in which the favorite only wins about a third of the time, being wrong is the norm, but there is nothing wrong with having an opinion — whether you work in the industry or not.