Way back when, before the Breeders’ Cup became the ultimate autumn destination, October stakes at Keeneland and Belmont Park often determined championships. Horseplayers younger than 50 wouldn’t remember that, but it was true for a long time before the mid-1980s.

Now the big-money events in the fall in Kentucky and New York are tune-ups for the Cup. All the major preps for Nov. 5 and 6 at Del Mar have been run, but there’s still black type to be earned.

Few, if any, of the stakes horses running this weekend will be going to the Breeders’ Cup, partly because it would be only a two-week turnaround but mainly because they don’t class up with the best in training. So what? Money won on Saturday will be worth just as much as cash from a score on the Classic. Let’s see if we can find some winners and build the bankroll for the big weekend. 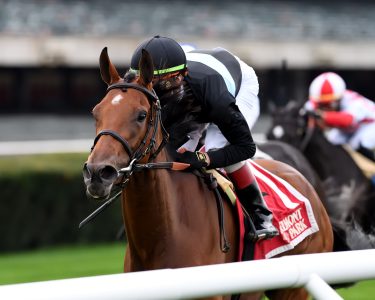 My lukewarm vote goes to Tamahere (10), who’s 3-for-8 at the distance and coming off a career-best performance for turf master Chad Brown. Irad Ortiz, Jr. most likely will gun for the lead from the outside post and try to go all the way. High Opinion (3) just missed last time in a Grade 2 against the tough Viadera. Brown’s improving Love and Thunder (6) will be coming late.

Strange but true: a Grade 2 at 1 1/8 miles with only one horse with a win at the distance and just three who have tried it.

Soldier Rising (11) took his debut at 1 1/8 miles in his career debut last year at Fontainebleau, a minor track in France. Soldier Rising ran a solid second to European standout Yibir last time at 1 1/2 miles, and the turnback shouldn’t be a problem. He’s a strong finisher who should get a quick enough pace to set up his late move.

Chad Brown’s Public Sector (8) won a pair of graded stakes around two turns at Saratoga. Slicked Back (2), only a neck behind Soldier Rising last time, ran second in a Grade 3 at 9 furlongs. 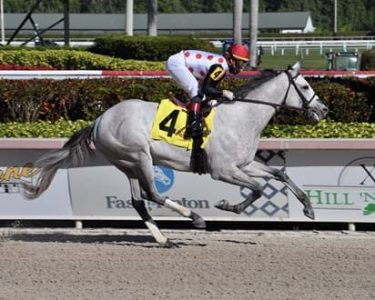 Soup and Sandwich (1) hasn’t run since pressing the early pace and being eased in the Kentucky Derby. The long layoff and his 19th-place finish, 65 lengths behind, don’t bother me, but that debacle will boost his price. Always forgive a dud in America’s most grueling race.

Before the first Saturday in May, Soup and Sandwich was 2-for-3, with a solid second in the Florida Derby. A runaway in his debut came at 6 1/2 furlongs, so 7 should suit him fine. Mark Casse is strong off the layoff, and the meet’s leading rider, Tyler Gaffalione, is aboard.

Pickin’ Time (5) was second chasing sprint superstar Jackie’s Warrior last time but made no impact. The margin of 6 3/4 lengths says it was a “somebody had to be second” outcome. He’smyhoneybadger (4) handles elongated sprints (7 furlongs, mile) and can hit the board.

This will be the fourth matchup between stakes winners Obligatory and Souper Sensational, who holds a 2-1 lead in a low-key rivalry. I think it’s Obligatory’s turn to win.

Obligatory (13) turns back from a second-place finish behind Clairiere in the 1 1/16-mile, Grade 1 Cotillion at Parx. She’s the best closer in a field loaded with front-runners (Cilla, Caramel Swirl, Joy’s Rocket, Strong Silent), and I think post 13 will be more of a help than a hindrance. From out there Florent Geroux, who replaces regular rider Jose Ortiz, can play the break and judge the pace.

Souper Sensational (3) has excellent class lines and would be the pick if Obligatory weren’t in the race. Souper Sensational, second at odds-on to Cilla last out, has lost six of her last seven but should be good enough to complete the exacta.