Like most star athletes, jockey Irad Ortiz, Jr. is a Type A personality who excels because of aggressiveness as well as talent. His “take no prisoners” approach, which helped win the past three Eclipse Awards, can be a double-edged sword, and it cut him down Monday. 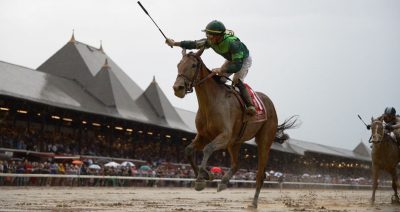 Stewards in New York handed Ortiz a 30-day suspension because of separate riding incidents on Friday and Saturday at Aqueduct. His agent, Steve Rushing, confirmed the suspension and told drf.com that Ortiz would not appeal it.

Ortiz’s reckless behavior in Friday’s eighth race at Aqueduct caused apprentice Omar Hernandez Moreno to be unseated. Ortiz let Gran Casique drift inside soon after the start and they bumped hard with Ragtime Blues, who was turned sideways before Moreno fell near the rail. Gran Casique was disqualified from second and placed last. Fortunately, Ragtime Blues and Moreno were uninjured.

On Saturday, Ortiz had to survive an inquiry and a jockey’s objection after his mount, Mo Donegal, brushed Zandon, whom he beat by a nose in the Grade 2 Remsen Stakes for 2-year-olds.

John Velazquez, Zandon’s rider, said: “He laid on top of me right before the wire and just beat me by very little.”

“Horse should have come down,” Brown said. “I guess you can do whatever you want to do out there. My horse got beat an inch. He was the best horse in the race, it’s just disappointing.”

The suspension likely will keep Ortiz from earning a fourth consecutive Eclipse. It appeared as if he had gained a significant advantage after his only rival, Joel Rosario, was sidelined after fracturing a rib Dec. 2 in a spill at Aqueduct. Rosario’s agent, Ron Anderson, texted usracing.com there is “no timeline yet” for his return.

Early road to the Kentucky Derby

The early road to the 148th Kentucky Derby (G1) saw Mo Donegal narrowly win the Remsen Stakes (G2) at Aqueduct on Dec. 3 after surviving a jockey’s objection and earning 10 Derby qualifying points. Pappacap leads the pack with 12 points, with Mo Donegal and four others next with 10 points apiece.

Two-time Derby winning trainer Todd Pletcher says Mo Donegal is headed to Florida this week and could make his next start in the Fountain of Youth Stakes (G2) at Gulfstream Park on March 5, a Derby points qualifier with 50-20-10-5 points for the first four finishers.

“We talked about it before the race yesterday and told him (Donegal Stables’ Jerry Crawford) we planned on going to Palm Beach this week,” Pletcher said. “We could use the Fountain of Youth as a possible target. The great thing about that time of year is there’s a prep every weekend, so it’s a matter of figuring out the right one for him.”

Others with 10 Derby qualifying points are Rattle and Roll, Jack Christopher, Smile Happy, and Major General.

Corniche, who won the Breeders’ Cup Juvenile (G1), did not earn 20 Derby qualifying points for the victory because he is trained by Bob Baffert, suspended by Churchill Down for two years with horses under his care ineligible for the Derby.

Irad Ortiz, Jr., Pletcher come out on top at Big A fall meet 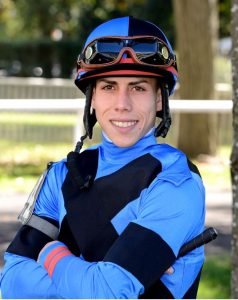 Todd Pletcher took the trainer’s title with 13 wins, and Klaravich Stables was the top owner with five victories.

“We’ve had a good fall,” Pletcher said. “We had a solid Belmont meet and we were fortunate enough to have a good Aqueduct meet as well so we’re thankful. The main thing is you just want the horses to perform to their capabilities. We’re fortunate enough to train horses like these. You want to do the best you can with them and it’s gratifying to see them do so well.”