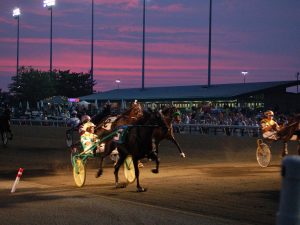 Skimming can be dangerous and it’s easy to tell when people elect to skim rather than read.

On Facebook, I’ll post a thought, and will get several reactions. A full-length column generates few responses. Our attention spans have eroded mainly because of the smart phone and reading feature articles has become the victim. We read the headlines, believe that to be truth and then react accordingly on social media.

So, when the headline read “No Fall Harness Meet at The Meadowlands in 2020,” harness racing fans reacted angrily and vocally. They deduced that the Meadowlands, flush with a $6 million race subsidy from the state was looking to cut back on racing and its overall commitment to harness racing.

Those that read on learned why. There is an agreement in place between New Jersey, the Meadowlands and Monmouth Park that allows a fall thoroughbred meet to be contested at the Meadowlands from mid-October to early December. In essence, Monmouth has the right of first refusal. But converting a harness track to a thoroughbred track requires intense labor and for the last few years, it was cost prohibitive for Monmouth to remove the limestone used by harness tracks and bring in tons of sand for thoroughbred racing.

Monmouth has held a turf only meeting in recent Octobers — this year it was seven days — and because the dirt track was left untouched, the Meadowlands filled in with a fall meet of its own in October and November. It was a good fall meet that featured the Kindergarten finals for 2-year olds as well as the TVG Free for Alls for pacers and trotters.

Like the Meadowlands, Monmouth also received a purse subsidy to the tune of $10 million. Guess what? They are exercising their right to have a full fall meet from early October until December 2, 2020. Monmouth wants to do what other states do if they can — race more, attract more gambling dollars and increase their revenues.

The Meadowlands understands. They were happy to fill the void to the delight of the harness racing fan. But now, Monmouth wants back in and because that’s the signed agreement, there is no ill-will whatsoever.

New Jersey law states that the Meadowlands must have 76 dates and losing the fall meet means they will fall short of that requirement and the track expects to race 90 days in 2020; the same number as they have done this year.

In recent years, the track has run from January to the first Saturday in August, ending their meet on Hambletonian Day. With the resurrected Monmouth plan, the track would race after Hambo Day into mid-September; then, the track would be converted over for the thoroughbreds to come in and take over in October, November and a sliver of December.

The harness meet would then start again in December and run through September. And, like it currently does, race days would be Fridays and Saturdays with some Thursdays.

The one drawback is what to do with the TVG Free for Alls. They have been run at the end of November, but that can’t happen next year. Track officials have indicated that they will be run before the meet ends in September, but that’s before the Breeders Crown which would cause those that own and train standardbreds to alter their plans.

Most harness fans don’t like this. The great thing about the FFA is it usually is the time where 3-year olds run against older horses but, with the Breeders Crown in October, the incentive goes away. Most trainers want to race against 3-year olds entirely before taking on older horses. This makes it impossible, so as a result, we might see only older horses in the FFA pace and trot.

At the end of the day, we’re probably overthinking things. If the FFA pace and trot is comprised of just older horses, the earth will continue to rotate on its axis.

The FFA could be moved, but that hasn’t been discussed as of yet.  The other drawback is the Breeders Crown. If this schedule stays intact for the foreseeable, the Meadowlands would be out of the mix for the so-called Super Bowl of the sport. Again, there are other great tracks able to host, but the Meadowlands is an iconic venue and really should be in the mix.

Headlines are written to capture attention and this one certainly did with people assuming that the fall meet was being canceled for economic reasons, which is not the case.

There will be plenty of racing at The Big M next year, with different dates. We’ll see what impact the move will have on handle, but no track handles more money than the Meadowlands and once fans find out that the track is staying open after Hambo Day, the money will eventually follow.