Buffalo Raceway: Off And Running

Under snowy conditions – what else is new in upstate New York in late January? — Buffalo Raceway kicked off its 80th racing season at the Erie County Fairgrounds.

The newly reconditioned track is once again hosting pacers, trotters, drivers and trainers. 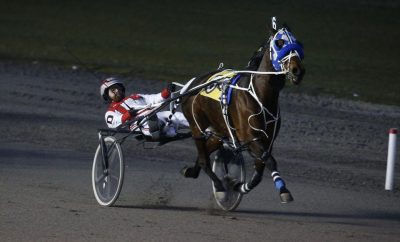 Racing is Wednesday and Saturday in the early going and Fridays will be added beginning April 2. The track has 66 racing days, down from the pre-pandemic numbers but should be more than adequate.

Tracks like Buffalo find it difficult to get horses on the grounds and rather than have three days with eight races, the track chose to go with two days and cards of 10-13 races. That said, there were eight races on the first two cards (Jan. 26 and Jan. 29), but that will change as more horses both arrive.

I think less is more is a good move. There is more anticipation when a track you like races less.  When a track races four to five times per week, there is a sense that it is OK to miss one day, because you can catch them tomorrow. The Meadowlands has done well with racing on Friday and Saturday; if you want to play, you better set aside the time.

The track also provides commentating and analysis which many tracks don’t. Wayne Teaven is back as the announcer and he will be joined again by Paige Usiak, who is now the full-time marketing director.

It’s one of the reasons I enjoy racing from Buffalo. Too often, tracks show a race and then, for the next 15-20 minutes there is nothing. Northfield Park goes with music as the horses prance around in preparation for the next race, but no information is provided.

That’s not the case at Buffalo. Teaven and Usiak will preview the field and tell you who they think is ready for a big race. Included in the analysis are the picks of PR man Brian Mazurek. Why harness tracks don’t do more of this remains a mystery. Yes, we know that budgets are tight, and we also know that not every race caller delves into handicapping, but even a non-interested race caller can tell you that the five-horse is stepping down in class, or that the No. 4 horse has won five of her last seven races.

Having that commentary makes the card progress faster and keeps the fan interested. Of course, past performances will be hard to come by early on because most of the horses stabled in Buffalo will be kicking off their 2022 seasons this week.  We’ll just have to see who gets off to a hot start in the cold weather.

There are two harness tracks in Western New York. When the Buffalo season concludes in mid-July, most of the horsemen move their operations to Batavia, 35 miles to the east. The two tracks are not owned by the same companies, but the move from Erie to Genesee County, for the most part, is seamless.

There is a big change this year. During the winter (Jan. 26-April 2) post time will be 6 p.m. ET, but starting April 6, it moves to 1:30 p.m. In one way, this is sad. In harness racing, Wednesday night is often a light night of racing and I think Buffalo might suffer in handle by going to the afternoon. 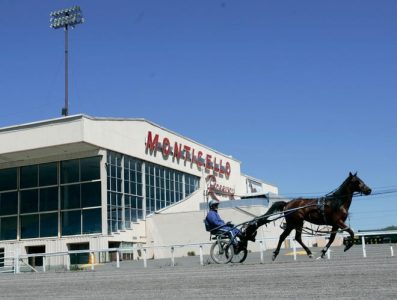 On the other hand, there aren’t many harness tracks running on weekday afternoons, but one of them is venerable Monticello, which for years has raced Monday thru Thursday afternoons. It will be interesting to see if some bettors move to Buffalo, stay with Monticello, or bet both.

I can see some positives in a Saturday afternoon card, especially in April and May, but what happens in the warmer months of June and July? Are people going to venture out to Hamburg on a Saturday afternoon to watch harness racing and perhaps just as important, will they bet the track from their phone in the Buffalo summer?

Of course, there were some that expressed reservations about people working who won’t be able to make it to the track on a Wednesday or Friday afternoon, but if you’ve been to a Buffalo or a Monticello, there are not thousands milling around and while that’s sad, that is reality. I’m sure the research was done and the conclusion to move to the afternoons in April will hopefully make both sense and cents.

The other notable change is the writing of the races. The past few years, races were classified as open, A, B, C and D. If you were successful in C, you moved to B, if you struggled in C, you moved to D. This year, the track announced that they will use a hybrid-ABC system when writing the conditions for the season.

I liked the class system.  You knew that D races were for the less talented horses and up the ladder it went, but for some reason, most horsemen don’t like it. They prefer the NW of $3,000 in Last 5 conditions—old school and tested and true.

Wednesday’s opening card reflected that; a race for “Non-Winners of $3,000 in Last Four Starts,” with a couple of also-eligible conditions as well. I don’t know if the bettors prefer one or the other, but the old style is cut and dried.  This is a race for horses that have won less than $3,000 in their last four starts.