A day after 196 horses were pre-entered for the Breeders’ Cup, a bit of shuffling took place Thursday to help sort out the fields for the two-day, 14-race championships at Del Mar on Nov. 5-6. 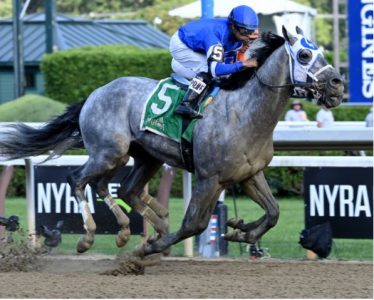 While all seven over the turf races are oversubscribed (more horses pre-entered than the maximum field), the same is not true of the dirt races, with the grand finale the $6 million BC Classic (G1) featuring a pair of Brad Cox trainees and likely favorites – Knicks Go and Essential Quality – in a field of 10.

Also, the order of races was announced with the Classic post time on Saturday, Nov. 6, set for 8:40 p.m. ET. The Grade 1 Distaff, featuring top female Letruska has a post time of 7 p.m.

Here’s what happened on Thursday, according to the Breeders’ Cup:

Diamond Wow and Zain Claudette were scratched from the Juvenile Fillies Turf (G1), and first-eligible Haught and second-eligible Helens Well move into the race.

Order of Australia, winner of the 2020 BC Mile (G1) at odds of 73-1 was scratched from a repeat attempt. First-eligible Ivar moves into the race.

La Joconde was scratched from the BC Filly & Mare Turf (G1), and first-eligible Acanella moves in.

Imperador was scratched from the BC Turf (G1), and first-eligible Japan moves into the race.

Jasper Krone was scratched from the BC Juvenile (G1).

Two of the horses cross-entered, Jasper Prince and Pingxiang, will run in the BC Dirt Mile (G1) rather than the BC Sprint (G1).

It would have been eight, but trainer Aidan O’Brien said 2020 BC Mile (G1) winner Order of Australia had a setback and would not be able to go for a second win in the race.

That said, here are the returning Breeders’ Cup winners looking to repeat: 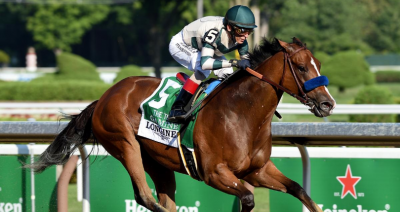 Three other 2020 BC winners are looking for wins in different races:

More than a dozen horses were pre-entered in two races on Wednesday, but just before the post-position draw on Monday, a horse must be declared for only one race. Stilleto Boy, among 10 entered for the Classic, was cross-entered in the Dirt Mile.

Del Mar is hosting its second Breeders’ Cup – the first was in 2017 … There are five Breeders’ Cup races on Friday, Nov. 5 – all for 2-year-olds, and nine race on Saturday, Nov. 6 … The Filly & Mare Sprint, in which champion Gamine is likely to be the heavy favorite to repeat, had the least number of pre-entries at seven.

The third running of the $20 million Saudi Cup (G1) on Feb. 26, 2022, is the highlight of a two-day extravaganza with $35.1 million in purses at the King Abdulaziz Racecourse in Riyadh, Saudi Arabia.

The Jockey Club of Saudi Arabia (JCSA) announced the purse increase this week, with the Saudi Cup gaining Group 1 recognition for the first time and five other races on the card gaining Group 3 status, including the Neom Turf Cup and the 1351 Turf Sprint (purse increases to $1.5 million from $500,000). The $1 million Obaiya Arabian Classic was promoted to a Group 2 race.