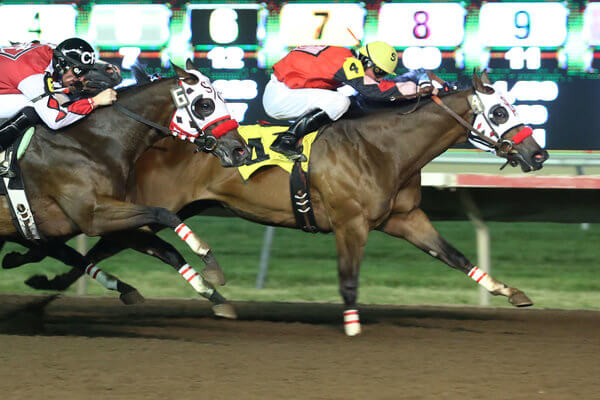 If there is ever a vote to determine the most overused phrase or word in the English language, “it depends” would probably be among the top five (somewhere behind “basically,” I’d guess). Nonetheless, when fellow pony players ask me what I look for when I handicap, “it depends” is my typical response. Because, the truth is, every race is different: selection techniques that work in graded stakes events might not — and probably will not — work in cheap claiming affairs for state-bred non-winners of two.

So, in this week’s column and in the future, I will attempt to give readers some (very) general tips on what to focus on in different kinds of races.

Let’s get the ball rolling with a look at both straight maiden and maiden claiming events:

Just as in all races, horses in sharp form must be considered in maiden affairs of any class.

Pay particular attention to horses that placed (finished second) last time out. Also, note the margin between the second- and third-place finishers — the bigger that number, the better.

Insist on at least a modicum of early foot. One of the worst bets in racing is a late-running maiden, even in routes or on a synthetic surface (turf is a different story).

Maiden claiming races are to straight (non-claiming) maiden races like minor league baseball is to major league baseball. Playing pro ball — at any level — is a huge accomplishment, something that very few people are talented enough to do but, let’s face it, there’s a big difference between playing for the Colorado Rockies and suiting up for the Albuquerque Isotopes. OK, maybe not a big difference, at least in 2016, but you get the point.

The same is true of horses competing in maiden claiming events. Getting to the races is an accomplishment in and of itself, but there is typically a large chasm of talent between the average maiden and maiden claiming entrant (depending on the track and the actual claiming price, of course). Thus, when hunting for contenders in maiden claiming races, start first with those horses dropping from straight maiden, or maiden special weight (MSW), affairs.

Also, when evaluating workouts, don’t be awed by quick times. Remember, if the horse was so fast, it would be competing against straight maidens, not running for a tag. Instead, look for evenly spaced, progressively longer drills.

Non-claiming, or straight, maiden races are all about the moolah — the dough that is spent and the cash that is bet. Hence, astute players should focus on horses that commanded a big price at auction and/or those that are attracting attention at the wagering windows today or were bet heavily in the past. Solid connections and a good series of consistent workouts don’t hurt either.

Tip: Give extra credit to horses that sold at auction for a price far in excess (10x or more) of their sire’s stud fee. (You’ll find this data in the Daily Racing Form.)