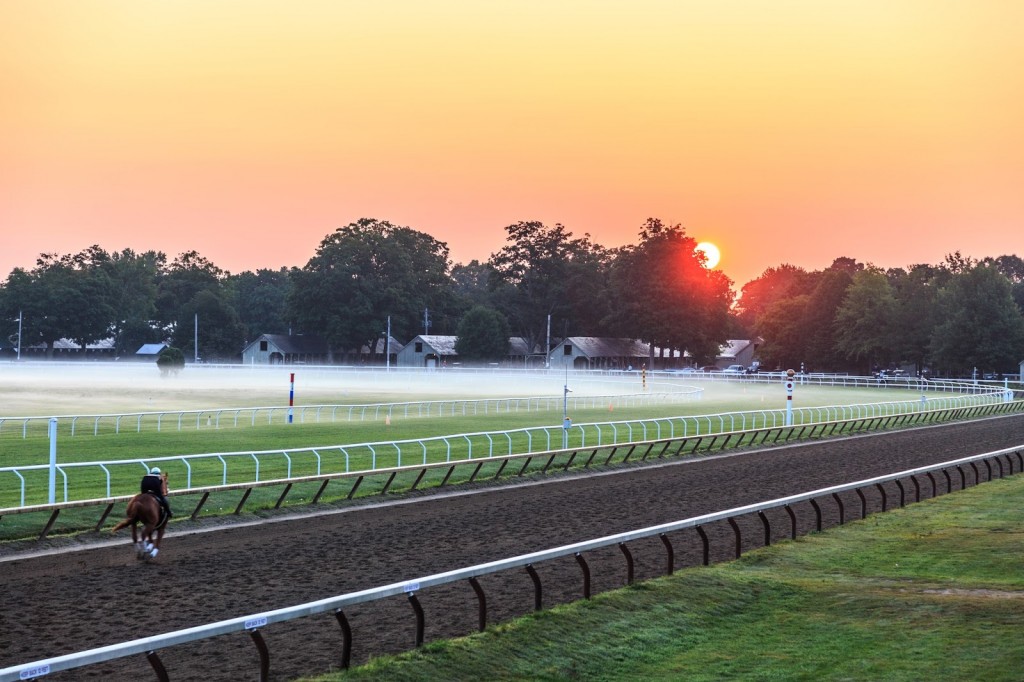 The daunting reputation of Saratoga stems all the way back to 1919, when the mighty Man o’ War met defeat for the first and only time, at the hands of Upset, over the Saratoga strip. Since that time, Saratoga has claimed many more heroes, including three of the last four Triple Crown winners.

These horses are the reason that many believe in the “curse” that befalls favorites that run over the historic oval. They are the reason so many believe that a champion, unbeatable anywhere else, will taste defeat at this track. But are these beliefs legitimate?

“It’s a myth,” Baffert said. “Good horses got beat there probably because they were coming off of big efforts and may have been flat.

“Pharoah was just flat [Travers] day. Lots of shipping and running caught up to him.”

Rick Porter sure hopes so, as he ships his unbeaten and unchallenged champion filly Songbird in from the West Coast. Should Porter be worried about curses that supposedly plague the favorites and champions running at Saratoga? Let’s see what history and statistics have to say.

First, let’s start with the belief that Saratoga is the “Graveyard of Favorites.” You would think that if there would be a time for a favorite to fail, it would be in a Grade I, where they are surrounded by the best competition they have likely seen all year.

Here is a table that shows how the betting favorites fared in some of Saratoga’s longest standing and prestigious Grade I races from 2006-2015:

As a general rule, favorites make it to the winner’s circle about 1/3 of the time. Yet, in some of the best Grade I races in the country run at Saratoga, favorites have won 57 times in 146 tries since 2006, which equates to nearly 40 percent. So, it would seem that, at least over the last decade, Saratoga is actually kinder to betting favorites, debunking the “Graveyard of Favorites” curse.

Editor’s Note: For the entire meet last year, favorites won at a 30 percent rate, including nearly 40 percent in dirt sprints.

While there seems to be no curse on favorites, it’s true that history has not been very kind to champions over the last 10 years.

Over the past decade (2006-2015) there have been 20 horse to take home an Eclipse Award before making a trip to Saratoga. Some had won over the oval before, while others were trying it out for the first time. Only five of those champions managed to walk away from “The Graveyard” completely unscathed, meaning that Saratoga has claimed a jaw dropping 75 percent of its champion victims.

Two of the most recent and high-profile champions to fall victim to this curse are American Pharoah and the great Rachel Alexandra.

American Pharoah was crowned the 2014 Eclipse Champion Juvenile Colt before becoming a Triple Crown champion in 2015. Rachel Alexandra “raised the rafters” at the Spa in her Horse of the Year-winning season in 2009, but, the very next year, she tasted the bitterness of defeat in the Personal Ensign Stakes.

Could these instances be coincidence? After all, it is easy to argue that American Pharoah lost to fatigue, not a curse. Just like it is easy to argue that Rachel Alexandra wasn’t the same horse in 2010 as the one who made so much history in 2009. But still, the chilling statistic of 75 percent of Eclipse champions tasting defeat still remains — and it is hard to ignore.

Something to think about as the clock ticks down to opening weekend at Saratoga, where Songbird, another champion, will attempt to defeat the “curse.”