Host Derek Simon of US Racing recaps the Davona Dale (won by Cathryn Sophia) and the Fountain of Youth (captured by current Kentucky Derby favorite Mohaymen). He also discusses the controversy regarding American Pharoah’s first foal.

Later, Craig Spencer drops by to share his knowledge of database handicapping and how to bet multi-race sequences.

In the sports betting segment, Kevin Rogers of VegasInsider.com gives his thoughts on losing streaks and offers his opinion on some NCAA basketball games. 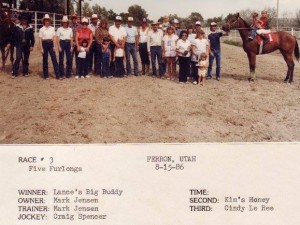 Craig Spencer is a former jockey who began riding at the age of 16 and plied his trade at a variety of different tracks.

After his career ended, Craig turned his attention to handicapping and has developed his own method of betting via his numerous database studies. Specializing in multi-race wagers, Craig has had numerous big scores from very small tickets.