Plays to Consider in the ‘Sweet Sixteen’

As the “First Four” and rounds one and two have been completed, sixteen teams are still alive to vie for the NCAA Men’s Basketball National Championship.

With four games to be played on both Thursday and Friday night this week, these sixteen teams are one win away from reaching Elite Eight on Saturday and Sunday, with bids to the Final Four on the line.

I have a strong opinion on some games, but, on others, it may be best to simply watch and enjoy.

After easily disposing of U.N.C.-Asheville by 30 points in the opening round, the Wildcats (31-5) beat a solid Iowa team by 19 points.

Miami (27-7), on the other hand, beat Buffalo by seven points and fended-off Wichita State by eight points.

It’s hard to call a 27-7 team inconsistent, but other than Miami’s lone home loss to Northeastern, all of their losses have come on the road and they have struggled to put away some foes that they should have buried.

The Hurricanes have also been blown-out by the likes of Virginia Tech (by 15 points), N.C. State (by 16 points) and Clemson (by 11 points).

Villanova’s only big losses this year have come at the hands of Virginia and Oklahoma, which are both in the Sweet 16.

The Wildcats are shooting three-pointers at a 47.2 percent clip over their last five games, which is 12.1 percent higher than their season average.

Both teams have been making more than half of their shots from the field over the last five games and both teams also shoot free throws very well.

Villanova should win this game, but the play is on the total: over 140 ½ points.

If Miami is the “good” Miami, and not the “slightly-better-than-average” Miami, they could pull off the upset. So, if you like Villanova, consider parlaying them at -200 on the money line with the “over.”

Oklahoma can do a lot of things well. One of the things they do not do well, however, is cover the spread.

That, in and of itself, is not a reason to bet against Oklahoma, with star Buddy Hield running the show, averaging 25.1 points per game.

Texas A&M is happy to be here, as they pulled the proverbial rabbit out of the hat to stun Northern Iowa, rallying from 12 points down with under 45 seconds left in the game to force overtime (it took two overtimes to win) and knock off the Panthers.

They are dangerous because, as the saying goes, “they have nothing to lose.”

Although every Sooner opponent tries to keep Hield in check and let the support players try to win the games, opponents have failed to do so 27 times.

The Sooners are a consistent 72 percent free throw shooting team (season-long, away, on neutral courts and in their last five games), but, for some reason, only sixteen teams in all of the NCAA allow a lower free-throw-against average than the Aggies (66 percent).

Look for Texas A&M’s defense to limit Hield (not shut him down completely) and win this game with solid defense. I can see the Aggies making the Final four. 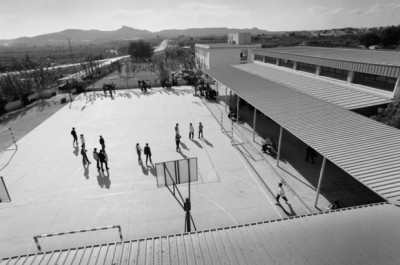 The chances that Maryland wins this game straight-up aren’t that promising; its prospects of keeping it close aren’t that unrealistic.

The Terrapins (27-8) were blown-out by Michigan State and Indiana earlier this month and lost by eight points to North Carolina earlier this season, but have kept it close in their other five losses.

Maryland’s only loss to a non-NCAA tournament team was at Minnesota — a game they lost by five points.

The Terps can keep it close, especially since their free throw shooting has been improving — 77.1 percent overall on the season, but 81.7 percent in their last five games.

If you put Maryland on the line, they are going to score against you.

The Jayhawks (32-4) are on a 16-game winning streak, and have cruised in both their conference tournament and the first two rounds of the NCAA tourney.

Their only recent tight game was a four-point win against Baylor in the Big-12 Tournament.

Many are picking Kansas to go all the way and win the National Title and a win against the Terps would pit them against the winner of the Villanova/Miami matchup earlier in the evening to get to the Final Four.

The play is on Maryland +6 ½ points. It is not advisable to play much, if anything at all on the money line. Take the points, but don’t go too crazy.

This is one of the Sweet 16 games that I have studied… and have no solid opinion either way.

The game looks like an evenly-matched affair between an under-appreciated #1 Oregon (30-6) and an underwhelming — by Duke standards — #4 Blue Devils (25-10) team.

If I had to make a selection, I’d take Duke on the money line +135, as there is value there with Coach K’s tournament experience — not to mention the fact that Duke is the reigning NCAA Tournament Champion.

Forget the points, play Duke on the money line if you play the game at all.

Virginia is my pick to win this year’s NCAA Tournament.

The Cavaliers (28-7) play a stifling brand of defense and have only lost three times by a combined total of eight points since Jan. 19. Those three losses were at Duke (by one point), at Miami (three points) and against North Carolina on a neutral floor, by four points.

Iowa State (23-11) scores a lot of points, but also gives up points in bunches.

Virginia allows the nation’s second-least amount of points (59.5 points per game) and leads the NCAA in rebounding with 25.8 defensive rebounds per game.

The chips are stacked against Iowa State, which happens to be 6-4 in their last ten games, were barely .500 in their conference (10-9) and were 9-9 in away and neutral court games this season.

Since Virginia allows so few points, this may be a low scoring game, so a large bet on Virginia at -220 on the money line is the play.

It’s not very often that you’ll see a 10- or 11-seed guaranteed an Elite Eight slot, but this year you will.

Gonzaga (28-7) has beaten two very good teams in Seton Hall and #3 Utah so far in this tournament.

Sometimes, it’s easy to overanalyze games and get “paralysis by analysis.”

In this case, it’s easy to see that Gonzaga is playing its best basketball of the year. The Bulldogs are on their second seven-game winning streak of the year. They also had a six-game win streak to boot.

Syracuse is 5-3 in its last eight games, lost in the first round of its conference tournament, and is 6-6 against top-50 teams this year.

Gonzaga -4 ½ points is the play. The Bulldogs get to win one more game before being bounced by Virginia.

One hundred sixty points is a high total for a college basketball game.

In order to go over that number, the teams have to average just over four points per minute.

I think it can and will happen in this game.

Obviously, North Carolina (30-6) is the more than likely winner of the game and to ask them to win by six or more isn’t asking too much.

The Hoosiers (27-7) put up 99 points against Chattanooga, before beating Kentucky 73-67 to advance to the Sweet 16, which may prove to be their crowning achievement.

However, this IU team has a lot of heart and I see them matching UNC point-for-point for much of the game.

The Tar Heels will eventually pull away near the end, but Tom Crean won’t let his Hoosiers give up easy.

We’ve already seen a team post a very improbable come-from-behind victory in Texas A&M. If Indiana is anywhere close at the end of the game, the Tar Heels are one of the best free throw shooting teams in the country, hitting 74 percent on the season and 78.9 percent in their last five.