Eddie Mac’s Book: Handicapping a Big Day at the Big A 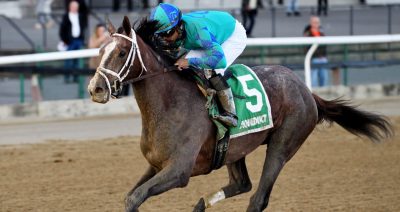 The late, great Ed Comerford was the turf writer at Newsday when I started my 36-year career there in 1983, and I learned a lot from him. Besides being a wordsmith, Ed was a funny guy who pulled no punches.

He spent six months each year covering Aqueduct, that deliciously seedy track in Queens not far from blustery Jamaica Bay. When the winds whip up, the Big A’s parking lot can feel like the North Pole. Ed would say, “Whenever you think about going to Aqueduct in the winter, ask yourself why.”

Most of the time, that’s wise advice, but Saturday is a rare exception. Aqueduct has carded six stakes, including two on grass, capped by the day’s finale featuring superstar 3-year-old Maximum Security in the $750,000 Cigar Mile Handicap (G1). The Cigar completes a Pick 3, a challenging sequence that should pay well if you can navigate the mine field of lightly raced 2-year-olds in the Demoiselle and Remsen Stakes, a pair of Grade 2s.

Blame Debbie and Fiftyshays Ofgreen are the only two-turn winners (both in 1 1/16-mile maiden races) in the field of 12, and none has attempted 1 1/8 miles, a distance that can be a bit much for 2-year-old fillies. Only three (Maedean, Water White, Lake Avenue) have run at Aqueduct, with all 1-for-1 there.

Off a 5½-length romp in the mile Tempted Stakes, I make Maedean (post 2) the likeliest winner. The speedy Lake Avenue will have to be used early from the far outside, but her 12-length maiden win at seven furlongs makes her dangerous. I’ll use Critical Value, training brilliantly and, like Maedean, a strong closer. I’ll throw in Fiftyshays Ofgreen, who could work out a trip from the rail with John Velazquez.

It’s the 104th Remsen, whose winner hasn’t taken the Kentucky Derby since Thunder Gulch (1994). Besides Catholic Boy, a grass star as well as the 2018 Travers hero, other distinguished Remsen champs include Honor Code (2013), To Honor and Serve (2010) and Coronado’s Quest (1997).

Like its filly counterpart, the Demoiselle, there’s not much two-turn form to go on this year. Shotski received one of my favorite chart comments (“bid, hung”) when a close fourth in Churchill Downs’ Street Sense, in which he was only three-quarters of a length behind Silver Prospector, subsequent winner of the Kentucky Jockey Club (G2).

Another with a license to improve is Ajaaweed, a son of distance influence Curlin who’s coming off a tough-trip fourth behind rising star Maxfield in Keeneland’s Breeders’ Futurity (G1). I’ll also use Alpha Sixty Six, an even fifth behind highly regarded Tiz the Law in the Champagne Stakes (G1), and long shot Amends, a son of top sire Uncle Mo. Also on the ticket is the improving New York-bred Cleon Jones, named for the 1969 Miracle Mets’ star left fielder. 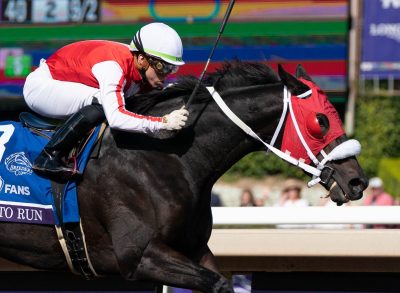 Maximum Security is an unprecedented Kentucky Derby disqualification and a bad start from being 7-for-7 this year. Sadly, trainer Jason Servis’ horse of a lifetime will be remembered more for the classic he lost in the Churchill stewards’ room than for dominating the Florida Derby (G1) and the Haskell Invitational (G1).

His most dangerous rival is the speedy Spun to Run, easy winner of the Breeders’ Cup Dirt Mile (G1) over heavily favored Omaha Beach. I’m wary of a bounce after two lights-out efforts and a trip to California, but if Maximum Security isn’t his usual brilliant self, Spun to Run could outrun him. I can’t really recommend anybody else.