Breeders’ Cup 2019: Letting the ‘Dirt’ Mile Speak for Itself
By John Furgele 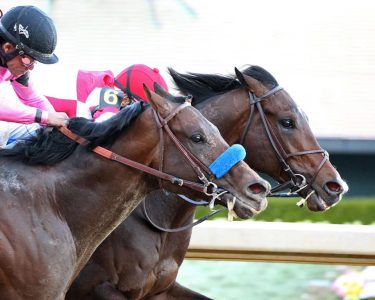 There are certain numbers in sports that make you pay attention. In baseball, it could be a .300 batting average, 20 wins for a pitcher or 60 home runs in a season. In football, you might consider gaining 1,000 yards or throwing 40 touchdowns in a season. In track and field, it might be a sub-10-second 100-meter dash, or – we can’t leave this out! — the insane sub-two-hour marathon (1:59.40) run by Eliud Kipchoge in Vienna.

Still, maybe because I was a distance runner, I’ve always been captivated by the mile. When Roger Bannister broke the seemingly impossible 4-minute barrier in 1954 (3:59.4), nine years after Gunder Hagg set the mark at 4:01.40, it wasn’t long before others followed. What was thought to be impossible became, if not commonplace, then certainly notable. Even today, it still resonates when a runner runs a sub-four-minute mile.

With that in mind, it should come as no surprise that the Breeders’ Cup Dirt Mile is my favorite Breeders’ Cup race of the two-day extravaganza this weekend at Santa Anita Park. Maybe it’s because the word “mile” is part of the American lexicon – you know, always go the extra mile, walk a mile in someone else’s shoes before you judge them, I’d walk a mile for a Cam … well, never mind that last one. Safe to say we (along with our across-the-pond neighbors) cling to that measurement, not the metric equivalent.

In looking at times for horse racing, the rule of “12s” is what I adhere to. The quarter in 24 seconds, the half in 48, three-quarters in 1:12 and so on; that’s why many think Secretariat’s 2:24 for 1 ½ miles in the 1973 Belmont Stakes is considered by many the perfect race. He averaged 12 seconds per furlong, for 12 furlongs on dirt!

If you look at it that way, a 1:36 mile is what par is in golf – a barometer for excellence. Moreover, I think the mile is an excellent distance for a horse race; endurance horses can perform well, given the right setup, while sprinters who sparkle at six and seven furlongs can often stretch out and succeed at the distance.

The mile has become more important in breeding, too. Races such as the Metropolitan Handicap at Belmont Park or the Frank E. Kilroe Mile at Santa Anita Park look mighty imposing on a horse’s resume.

The Dirt Mile has only been part of the Breeders’ Cup since 2007; today, the two “Win and You’re In” qualifiers for the Dirt Mile are the Met Mile and the Pat O’Brien Stakes at Del Mar. The field is capped at 12 and each year, the race is a good one, more than living up to expectations.

Goldencents is the only two-time winner, going back-to-back in 2013 and 2014 and he fits the prototype. He ran in the 2013 Kentucky Derby, starting strongly but fading badly, finishing 17th in the 19-horse field. He ran two weeks later in the slightly shorter Preakness and finished fifth behind the winner, Oxbow.

There would be no Belmont for him. His next race was at six furlongs, where he was beaten a head and then the seven-furlong Pat O’Brien, in which he was beaten by a length. And, in the six-furlong Santa Anita Sprint Championship he would finish … second.

The Dirt Mile was the perfect distance for him and in the ’13 edition he faced horses that had run in the Kentucky Derby as well as the 2012 Travers co-winners, Alpha and Golden Ticket. He used his speed, pulled away and then held on. In 2014, he defended his title and then was retired. 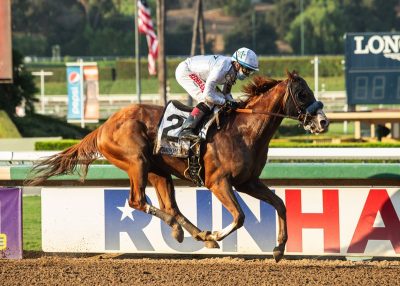 The mile is a great litmus test. A horse can wire the field, come from behind or stalk; it’s an equal opportunity examination. A 44-second half mile is fast but not deadly in a mile race and a 47-second half mile doesn’t mean a closer can’t win.

Here in America, the mile remains a classic distance in the hearts and minds of many. Hall of Fame trainer D. Wayne Lukas once suggested the Triple Crown be revamped to accommodate this mindset – the Derby at a mile, the Preakness at 1 1/8 miles, and the Belmont at 1 ¼ miles. Heresy, maybe, but interesting food for thought.

Kids in school run the mile – Jim Ryun was the first high-schooler to run the mile in under four minutes, as well as being the last American to hold the world record for the mile (3:51.1). Legends such as Sebastian Coe, Steve Ovett, and 2016 Olympic champion Matt Centrowitz have run it. You probably have, too. And, yes, the great Secretariat raced twice at a mile on dirt.

He finished first both times.