There’s no doubt, though, that the resumes of most of the 12 contenders for Saturday’s Dirt Mile boast victories at a mile and longer. 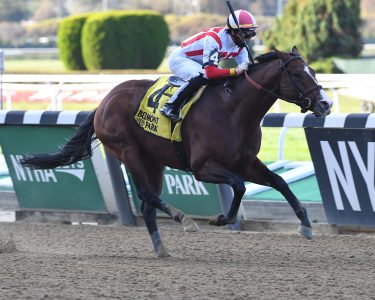 Klaravich Stables’ multiple graded stakes winner Complexity is the 2-1 morning-line favorite for the 14th edition of the race off his 2 ¼-length victory in the one-mile Kelso Handicap (G2) at Belmont on Oct. 3. The one-turn Kelso was his second win in three starts in 2020, having won a mile optional claimer in his 4-year-old debut and finishing second in the 7-furlong Forego (G1) at Saratoga.

Trainer Chad Brown, a winner of 15 BC races but only two on the dirt, is hopeful the son of Maclean’s Music will fashion a better showing than in his last Breeders’ Cup appearance, when he finished a soundly beaten 10th in the 2018 Juvenile at 1 1/16 miles. Leaving from post 10 is not ideal, but if jockey Jose Ortiz can hustle him out of the gate, his record at a mile could be a perfect 4-for-4.

War of Will returns to the main track after trainer Mark Casse conducted a three-race turf experiment, which produced a win in the Maker’s Mark Mile (G1) and a third in the Woodbine Mile (G1). The Gary Barber-owned colt is probably a better horse on dirt and more suited to this race and distance, especially after his poor showing in last year’s Classic, where he was a disappointing ninth. The problem is whether or not he’s as good as some of his better rivals. His best has only ever earned him a triple-digit speed figure once and that isn’t good enough to win if the others bring their “A” game. However, the son of War Front has a ton of heart and is a good pick for any exotics ticket.

Two-for-two at a mile, Rupp Racing’s Owendale enters the Dirt Mile having finished first or second in all but one of his four starts this year. The son of Into Mischief most recently was second in the 1 3/16-mile Pimlico Special (G3) and second before that in the 1 1/16-mile Alysheba on Sept. 4 at Churchill Downs. The Brad Cox trainee won the listed Blame at Churchill Downs in May to kick off his 2020 campaign and then was off the board in the Stephen Foster (G2) in June.

Grupo Seven C Stable’s Jesus’ Team, who was claimed for $25,000 in May, has turned in some impressive performances in graded stakes company, though he’s failed to break through for a win. The son of Tapiture, who is trained by Jose D’Angelo, will need to run the race of his life to have a shot at a top placing. Luis Saez will ride the 3-year-old, who ran third in the Jim Dandy (G2) and the Preakness.

It’s hard to understand how Bruce Lunsford’s Blue Grass (G2) winner Art Collector went from winning five in a row and being a favorite for the Kentucky Derby (G1) two months ago (he was scratched before the race with a minor injury) to a near 6-1 outsider for this race.

Maybe it’s the inside post or his lackluster fourth-place finish in the Preakness, or maybe it’s his under-the-radar connections, but at his best this son of Bernardini is more than capable of winning this race.

No, he’s not shown to be a great miler yet, but he’s been quite productive in winning handily at all distances from 6 furlongs to 9 furlongs, and it’s easy to see that maybe he needed that last race coming off the hoof injury that kept him out of the Derby. Brian Hernandez Jr. will be back in the irons, and the horse has some tactical speed that can be used depending on break and early pace. 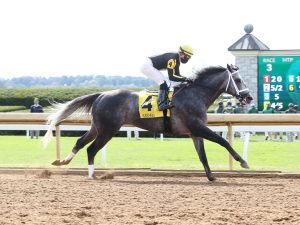 Korea Racing Authority’s Knicks Go is riding an impressive win streak in allowance company, non-winners of two and non-winners of three company, by open lengths at 1 1/16 miles and is the 7-2 second choice in this talented field.

Using his last race alone, which he won by 10 lengths under jockey Joel Rosario, it’s easy to see why the linemaker likes him. He earned a huge speed figure and dominated over this track from gate to wire, and his speed is certainly his weapon. But it’s also his second start off an eight-month break, which could be due to the COVID-19 pandemic or just because he needed some time.

Considering his workouts, he will certainly be fit. The question is whether or not the Brad Cox trainee is ripe for a bounce off of that career-best effort. He’ll be part of what will likely be a quick pace and if he’s a real competitor and has improved he fits at the top of any tickets.

Goldencents is the only repeat winner of the Dirt Mile, having won in 2012 and 2013. Hall of Famer Jerry Hollendorfer has saddled two winners (Dakota Phone in 2010 and Battle of Midway in 2017) to lead all trainers, and jockeys Rafael Bejarano and Javier Castellano have each been booted home two winners.